Union Minister Ajay Mishra lashes out at the reporters for getting questioned on the Lakhimpur Kheri violence that killed eight people including four farmers. A video clip has emerged showing the minister getting angry and moving aggressively towards a reporter. 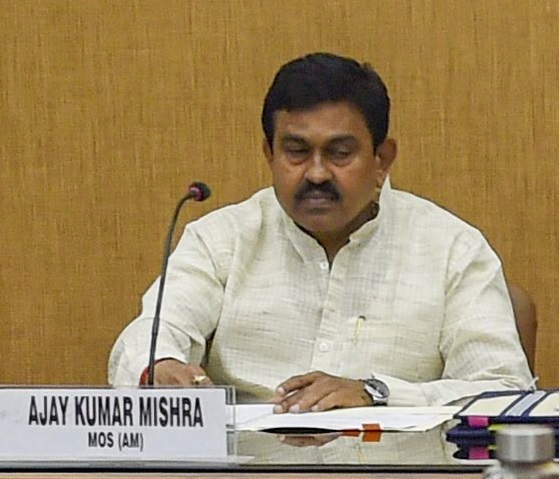 Losing his cool at reportes, Union minister Ajay Mishra on Wednesday, called them “thieves” and lunged at one of them when they questioned him on the October 3 Lakhimpur Kheri violence incident for which his son is among the accused.

The reporters also have submitted a memorandum accusing the Minister of State for Home Affairs of scuffling with them and snatching a reporter’s mobile phone.

The opposition has renewed its demand for the minister’s dismissal after a special investigation team (SIT) told a local court that the Lakhimpur Kheri violence in which eight people, including four farmers, were killed was a “pre-planned conspiracy.”

The court on Tuesday also allowed the SIT to add the attempt to murder charge in the FIR against the minister’s son, Ashish Mishra, and 12 others booked in the case, replacing it with lesser charges.

A video clip purportedly shows the minister getting angry when asked about these developments by a reporter from a television news channel.

“Don't ask questions like a fool. Have you lost your mental balance ('Dimag kharab hai kya')?” he is heard saying in Hindi. “What do you want to know? You turned an innocent person into an accused. Aren’t you ashamed?”

He is also heard calling the media “chor”, or thieves, and angrily asking a journalist to switch off his mobile phone.

The clip shows him moving aggressively towards a reporter.

The confrontation took place at a government health centre, 15 kilometres from the Lakhimpur Kheri district headquarters, where he had gone to inaugurate an oxygen plant.

The hospital falls in Mishra's Kheri parliamentary constituency, from where he has been elected twice.

In the brief interaction with reporters, the minister earlier took questions on the government efforts to contain the coronavirus pandemic.

A journalists’ delegation later submitted a memorandum to the district magistrate, addressing it to the President and seeking security for themselves and action against the minister.