Minister Athawale Says People Will Get Rs 15 Lakh Each Slowly, Blames RBI For Not Giving Money

The minister also added that the government does not have the requisite money and that Centre has asked the Reserve Bank of India (RBI) for the money but they are not complying with the same. 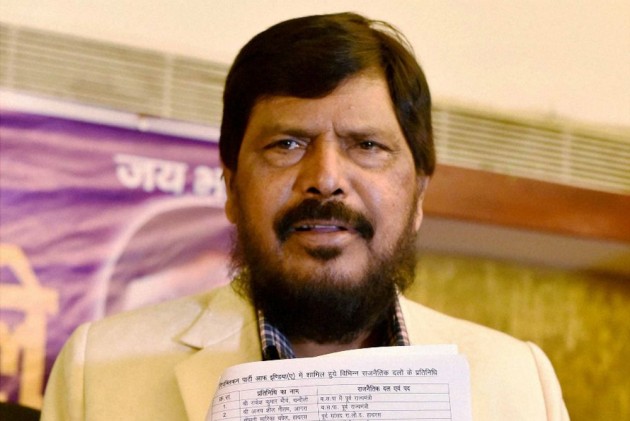 While responding to a question regarding the Prime Minister Narendra Modi's 2014 election promise of bringing back black money stashed abroad, Union Minister Ramdas Athawale on Tuesday said that people will get Rs 15 lakh each in their bank accounts slowly and not at once.

The minister also added that the government does not have the requisite money and that Centre has asked the Reserve Bank of India (RBI) for the money but they are not complying with the same.

"Rs 15 Lakh will not come at once but will come slowly. The government does not have so much money. The RBI was asked for the money but they are not giving. An assurance was given but there are some technical difficulties," said Athawale, who is the Minister of State for Social Justice and Empowerment, according to a report in the Indian Express.

Union Minister Ramdas Athawale: 15 lakh rupees (promised by the central government in every bank account) will come slowly, not at a single time. Asked for money from RBI but they are not giving. So the amount can't be collected. There are some technical issues. (17.12.18) pic.twitter.com/OO5dLH3Pd7

Prime Minister Narendra Modi while campaigning for the 2014 Lok Sabha had said that the volume of illicit money, or black money, stashed abroad is so huge that if brought back to India, every person would get an amount of Rs 15 lakh each in their bank accounts.