Miracle City | Terror To Traffic, How Mumbai Bounces Back, No Matter What!

From terror attacks to traffic and the usual monsoon mayhem, Mumbai has always had a way to get back on its feet, thanks to the sheer survival spirit of the Mumbaikars. 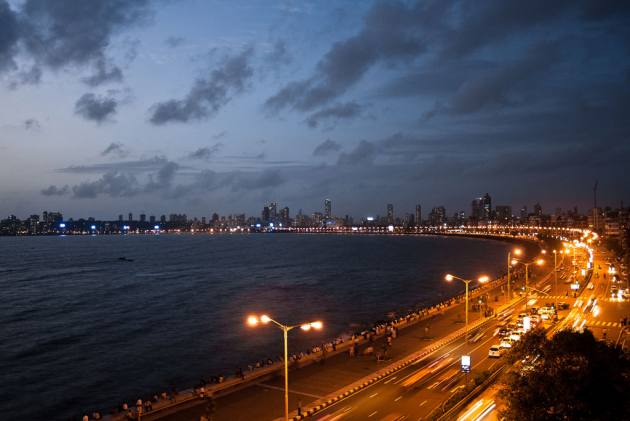 Thirteen years ago on this day when terrorists struck multiple places in South Mumbai, commuters at the CST station, the starting and terminating point for suburban and long distance trains, scrambled for a way out. Buses, cabs and every other mode of available transport were jam-packed with people rushing to reach their homes. Despite the fact that terrorists had run amok killing many at CST station, worried commuters had wanted to reach home. Then there were those working the late night shifts rushing to reach their work places.

Similarly, 15 years ago on July 11 2006, when a series of seven bomb blasts took place over a period of 11 minutes in several suburban trains on the western route of Mumbai, rather than train travel being a deterrent at least for that evening, they were over-packed. Suburban trains kept plying on tracks close to the damaged trains without a break.

Twenty-eight years ago on March 12, 1993 even though there were a series of 12 bomb blasts across Mumbai, the city did not come to a stand-still. Mumbai had continued despite the administration, police and the security agencies grappling with the situation.

So what is it that makes Mumbaikars carry on? Why doesn’t the city pause when hit? What is it that makes the people of Mumbai spring back to their routines and continue as “normal”? Resilience. This is a single power packed word that sums up the spirit of Mumbai and its people. There are those who argue that the famed resilience of Mumbaikars is a grand euphemism indicating that there are no options. In the City of Dreams, the lack of options has made Mumbaikars rise to face the adversaries

Take for instance the fact that people die every day during commute on the city’s central, western and harbour suburban train routes, yet people risk their lives and continue to use the “local trains” as there is no way out. Mumbai is known as Maya Nagari, a term popularised by the Hindi films of yesteryears. “Mumbaimey koi bhooka nahi sohta” (no one goes to sleep hungry in Mumbai) is an apt description of the city which has over the years acted as a lure for those seeking jobs. The employment opportunities on offer here is like no other.

Every year the famed resilience is on display when pre-monsoon showers hit the city. Like every other year dangerous buildings are identified, cautionary advisories for travel within the city is issued, emergency plans for unpredictable monsoon happenings are unveiled, high tide behaviours mapped, the city’s 155-year old drains are cleaned, potholes are hurriedly covered, the city’s power systems are repaired and the maintenance of railway tracks which runs into months, yet it takes only a pre-monsoon shower to flood Mumbai and put to test every claim made by the administration.

Traffic congestions and serpentine snarls, rail and air disruptions, power outages, choked drains, water logging, disease outbreaks, building collapses have become a yearly tradition brought by the rains. Yet, Mumbaikars are willing to brave and bear the discomfort of the monsoon months to keep away the water cuts in the summer months.

Mumbai’s tryst with the monsoon also has a romantic side to it. Waterfronts such as Bandra Bandstand, Worli Sea-face, Gateway of India, Marine Drive, Girgaum Chowpatty, Dadar Chowpatty and the Juhu beach are teeming with people vying with each other to catch the mist on their faces. The maximum daily temperature with its high humidity is no laughing matter, but a tiny nip in the evening air brings much happiness to Mumbaikars.

So heady is the scent of survival in this city that the quintessential Mumbaikar will make the most with whatever is available. To sum it up it isn’t the resilience but the unpredictable nature of the city and the accompanying helplessness which makes Mumbaikars carry on.