In a statement, Hurriyat said: ‘It is so tragically inhuman when a family is denied the basic right of burial of their loved one’. 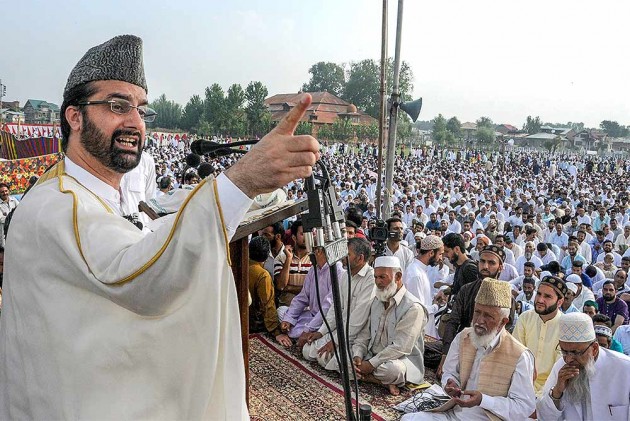 The Hurriyat Conference faction led by Mirwaiz Umar Farooq on Monday condemned the filing of FIR over the draping of separatist leader Syed Ali Shah Geelani’s body in a Pakistan flag and also “harassment” to his family.

In a statement, the Hurriyat said: "The details shared by Geelani's son in media that the authorities took the body of the 92-year-old leader into their custody, and buried it on their own without the knowledge and participation of the family is appalling and painful to hear”.

"It is so tragically inhuman when a family is denied the basic right of burial of their loved one and one can only imagine what the family must have gone through. After such harshness the authorities are now harassing the family with FIRs and threats of arrests," it said.

The statement also said the people of Kashmir stand with Geelani's family “in this hour of grief and injustice".

The police registered the FIR against unnamed people under various provisions of the Unlawful Activities (Prevention) Act and the Indian Penal Code over the draping of Geelani's body in a Pakistani flag and the alleged raising of "anti-national" slogans after his death.

However, as the police moved in to take over the body, the late separatist leader's aides removed the flag, officials had said earlier.

Geelani died on Wednesday night at his residence here after a prolonged illness. The body was laid to rest at a graveyard in a nearby mosque. (With PTI inputs)