Moderate separatist leader Mirwaiz Umar Farooq said both India and Pakistan should implement the recommendations reiterated in the UNHCR report from 2018 and move forward on the resolution of “the internationally acknowledged issue.” 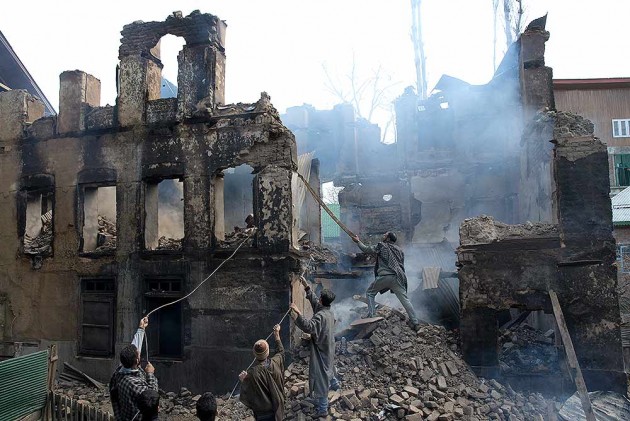 A day after the Centre dismissed the UN rights office report on the situation in Jammu and Kashmir as "continuation of the false and motivational narrative," separatist Hurriyat Conference emphasised the “urgent need to address the past and ongoing human rights violations”.

Moderate separatist leader Mirwaiz Umar Farooq said both India and Pakistan should implement the recommendations reiterated in the UNHCR report from 2018 and move forward on the resolution of “the internationally acknowledged issue.”

Kashmir-based human rights activist Khurram Parvez says, “Indian media have mostly covered the Indian government's anguish over the UN report on Kashmir, which was released today and not the contents of the UN report itself. They are failing India's people and the government.”

The UN human rights report on the situation in “India-Administered Kashmir and Pakistan-Administered Kashmir from May 2018 to April 2019” says the number of civilian casualties reported over the 12-month period may be the highest in over a decade in Kashmir, and noted that neither India nor Pakistan has taken any concrete step to address the numerous concerns raised in an earlier UN report.

An update on the report, published on Monday by the Office of the UN High Commissioner for Human Rights, describes how tensions over Kashmir – which rose sharply after a deadly suicide bombing in February targeting Indian security forces in Pulwama, continue to have a severe impact on the human rights of civilians, including the right to life.

According to data gathered by local civil society, the report says, “Around 160 civilians were killed in 2018, which is believed to be the highest number in over a decade. Last year also registered the highest number of conflict-related casualties since 2008 with 586 people killed, including 267 members of armed groups and 159 security forces personnel.”

The report notes that the Union Ministry for Home Affairs has published lower casualty figures, citing 37 civilians, 238 terrorists and 86 security forces personnel killed in the 11 months up to 2 December 2018.

Of the 160 civilian deaths reported by local organizations, 71 were allegedly killed by Indian security forces, 43 by alleged members of armed groups or by unidentified gunmen, and 29 were reportedly killed due to shelling and firing by Pakistani troops in areas along the Line of Control (LoC). According to the Government of Pakistan, a further 35 civilians were killed and 135 injured on the Pakistan side of the LoC due to shelling and firing by Indian forces during 2018.

The report notes that in Kashmir, accountability for violations committed by members of the “Indian security forces remain virtually non-existent.”

It says despite the high number of civilians killed in the vicinity of encounters between security forces and members of militant groups, it says, “There is no information about any new investigation into excessive use of force leading to casualties. There is no information on the status of the five investigations launched into extrajudicial executions in 2016. The Indian state of Jammu and Kashmir did not establish any investigations into civilian killings in 2017. No prosecutions have been reported. It does not appear that Indian security forces have been asked to re-evaluate or change their crowd-control techniques or rules of engagement.”

Arbitrary detention and so-called “cordon and search operations” leading to a range of human rights violations, continue to be deeply problematic, as do the special legal regimes applying to Kashmir.

“The Armed Forces (Jammu and Kashmir) Special Powers Act 1990 (AFSPA) remains a key obstacle to accountability,” the report says. In addition, the report notes, “No security forces personnel accused of torture or other forms of degrading and inhuman treatment have been prosecuted in a civilian court since these allegations started emerging in the early 1990s.”