Miscommunication And Frantic Search: How A Covid-infected Family Travelled From Jaipur To Howrah In Train

When officials in Jaipur found out that a family of three, whose Covid-19 reports came positive, had taken a train to Howrah, they frantically began to locate them. But their efforts were led astray by miscommunication. 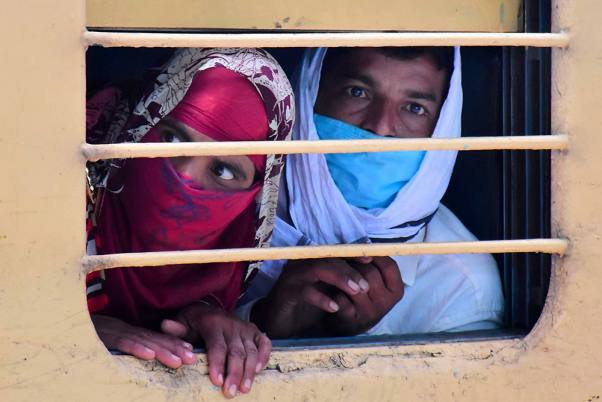 When Jodhpur Howrah Express stopped at Agra Fort railway station on June 8 morning, it led to a commotion of sorts as constables of the Railway Protection Force, healthcare professionals in PPE and other officials cautiously moved towards Coach 11.

Jaipur Station Master had alerted its counterpart in Agra that a Covid-19 positive family – a 23-year-old lady named Shilpa, her husband and their 3-year-old daughter – was travelling at the berth number 35 and 36.

The railway officials at Agra decided to intercept the family, get them de-boarded and admit to a local hospital.

When the team of officials arrived at the said berth number, they were surprised to know that the information provided by the Jaipur Station Master didn’t match the details of the passengers occupying the two berths.

A frantic search to look for the family began. The officials enquired with the fellow passengers; other coaches were also searched.  Instead of 20 minutes of usual stoppage, the train was halted for 45 minutes. However, all went in vain.

Finally, one of the officials decided to call the lady on her mobile number provided by the Jaipur Station Master.

“When we called, the lady said that her train crossed Agra Fort station a day before. She had reached Howrah and was on her way home,” a railway official in Jaipur said, requesting anonymity.

He added, “We told her that she should get admitted to a hospital as she was a Covid-19 positive.”

Shilpa and her family had undergone a Covid-19 test on June 5 after a resident in their neighbourhood had tested positive a day before. Shilpa claimed that the test results were not out till June 7, the day she took the train.

Meanwhile, when the Chief Medical Officer of Jaipur found their reports positive, he came to know from their neighbours that the couple had already left for Howrah.

He immediately conveyed the message to the station master of Jaipur who dug out their travel details. However, he miscommunicated the date of travel to its counterpart in Agra.

Outlook spoke to Shilpa and her husband who expressed complete ignorance about the whole issue until they arrived at Howrah.

“When I got a call from a railway official, I was in a taxi and on my way home. I immediately asked the cab driver to take us to the government hospital,” Shilpa said.

The family underwent another test in which the husband and his daughter tested negative while Shilpa tested Covid-19 positive.

I went for isolation in a government hospital but my husband served quarantine for a week. The daughter remained with me,” Shilpa, who was released from the hospital on June 18 after tested negative, said.

Shilpa’s husband used to work at a restaurant in Jaipur which was closed due to the lockdown. With no source of income, the family decided to leave for their village in West Bengal.