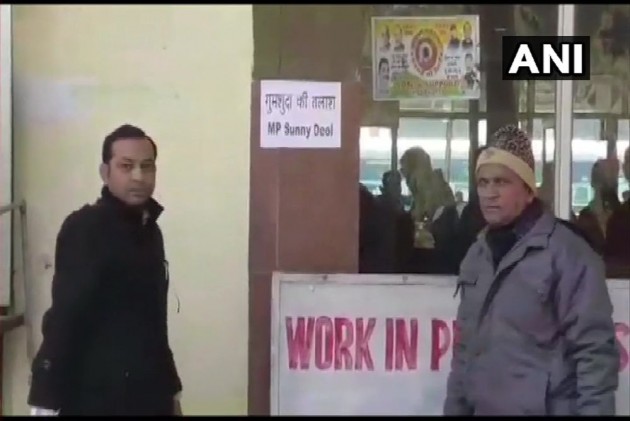 Deol had said the move was solely aimed at ensuring "smooth flow of work" when he is out of the constituency.

"It is extremely unfortunate to see a controversy being created out of nothing at all. I have appointed my PA (Personal Assistant) to represent my office in Gurdaspur. This appointment has been made to ensure smooth flow of work whenever I am out of Gurdaspur to attend the parliament or travelling for work," the actor-turned-politician had said in a statement posted on Twitter.

He had further said that the appointment was "to merely ensure that no work is disrupted or delayed due to any reason whatsoever and to keep myself updated on a daily basis".

Deol had claimed he was "genuinely committed" to the welfare of the constituency in Punjab and would do his best to serve "people to the best of capacity".

In his debut election, Deol had defeated sitting MP and Congress candidate Sunil Jakhar by 82,459 votes from Gurdaspur Lok Sabha seat in Punjab.

In the 2014 Lok Sabha elections, BJP had won this seat after fielding actor Vinod Khanna.