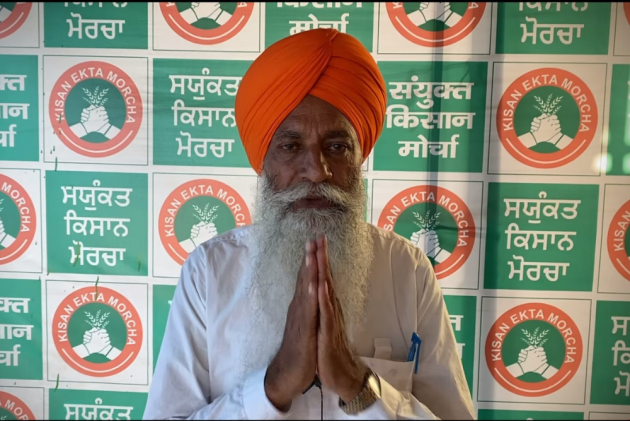 Are farmer leaders protesting over the Centre’s three agriculture laws planning a foray into state elections 2021?

An idea was pitched earlier this month by the Bharatiya Kisan Union (BKU) Haryana chief Gurnam Singh Charuni. His “Mission Punjab” has since mainly drawn flak.

The Samyukta Kisan Morcha (SKM), the joint platform of protesting unions, seeks to keep its stir apolitical. Among their demands are the repeal of the three farm laws and the legalisation of minimum support price (MSP).

“The Morcha’s (SKM) ‘Mission Uttar Pradesh’ is meant to defeat the BJP. Say BJP loses, whoever forms the government - will they accept our demands?” he asks.

In Haryana, where there are about half a dozen factions of the BKU, Gurnam Singh has been active among tillers for 29 years. BKU (Charuni) is said to wield influence in and around the districts of Ambala, Kaithal, Kurukshetra, and Yamunanagar.

The 62-year-old farmer leader is from Charuni Jattan village in Shahbad tehsil of Kurukshetra district of Haryana. As with Gurnam Singh, in some parts of the state people add the name of their village as a surname.

He publicly shared the poll-idea on July 6 through a video statement on his Facebook page. A day later, SKM leader Darshan Pal took to Social Media to clarify that “Mission Punjab” was about ideating and working for a “model government” in Punjab, not about participating.

However, he did not clarify how it was different from “Mission UP”.

A veteran of eight direct Lok Sabha contests, Hannan Mollah of All India Kisan Sabha (AIKS), clarified that a union leader may contest, but as an independent or for a political party.

“Mass organisations are not registered as political parties,” said the septuagenarian member of the Polit Bureau of the Communist Party of India (Marxist).

Echoed Rakesh Tikait of the Bharatiya Kisan Union (Tikait), “Such a person will need to contest as an independent or as representative of a political party; not as a union leader.”

Punjab and Uttar Pradesh are among five states going to the polls in early 2022. The two, apart from Haryana, has the highest representation among protestors sitting at Delhi’s borders since November 26 last year.

Some say that the firebrand Charuni is an iconoclast. Earlier too, he had differences with the SKM.

Is he sympathetic towards the Aam Aadmi Party (AAP)? The Arvind Kejriwal-led party has been making inroads in Punjab politics since the last elections.

In 2014, his wife, Balwinder Kaur, did contest from the Kurukshetra Lok Sabha seat in Haryana as AAP candidate. She secured some 32,554 or 2.17% of the total votes polled.

And in 2019, Gurnam Singh himself contested from the Ladwa assembly seat in Kurukshetra as an independent candidate. He managed a meagre 1,307 (0.95% of total) votes.

When probed about a possible political platform, he says, “I will not comment on any specific party,” adding: “Read the Constitution. Where does it say you need a political party to contest an election?”

However, Charuni was not so elusive on other parties. His “Mission Punjab” is different from UP since he feels the peasants’ current stir has done well in Punjab.

“We have not been as successful in UP. It will be akin to the dream of building a castle in air if we think of forming government in UP,” is his conclusion. And then adds, “Punjab wants a change”.

Charuni does not believe that a multi-corner contest will give BJP an edge. Anti-BJP votes will not be divided – with ruling Congress on one side and the AAP and Shiromani Akali Dal (SAD) on the other – he believes.

“BJP can’t even find enough candidates,” he states. As for SAD, Charuni says the party was an BJP ally when the contentious laws were mooted, and thus, does not stand a chance.

“People will choose the right one among four-five political parties in fray. An alternative (government) can evolve as a model for the change required in the country,” says Charuni who always talks of “changing the system”.

He envisions Chief Minister being a “direct representative”. Is he referring to the pattern followed for electing the President of the United States of America? “Sort of,” he agrees.

“This party-politics has destroyed the country. It needs to be changed. If a candidate contests on a BJP ticket, he can’t dismiss the party’s diktat. He is bound to his party. How can such a person be the people’s representative?” he opines.

So, will it be Gurnam Singh Charuni, MLA, or will he be another founder of another political outfit?

“I never said that I’ll contest; did I? I’m just sharing my thoughts. The final decision is the people’s…,” he concludes.