The FCRA rules have been tightened several times under the Narendra Modi regime throttling NGOs and blocking funds. 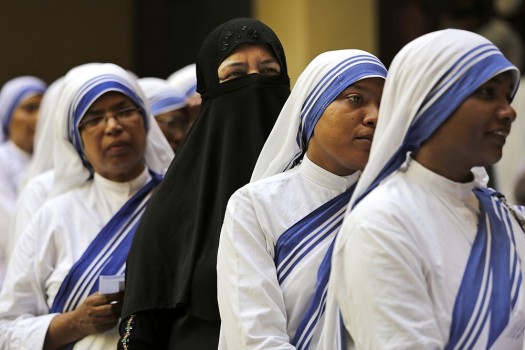 Mother Teresa’s Missionary of Charity has caught itself in the event of the non-renewal of its licence under the Foreign Contributions (Regulation) Act (FCRA), which allows NGOs and charities to receive foreign funds. The incident has now sparked a row over religious fallouts and once more sheds light on the increasing difficulty being faced by NGOs to receive an international donation in the past few years.

The FCRA rules have been tightened several times under the Narendra Modi regime. Raising concern over the same, the International Commission of Jurists (ICJ) released a briefing paper in 2020 arguing that the law is “unlawfully obstructing the critical work of Non-Governmental Organisations”.

The paper stated, “The ICJ considers that the implementation of the FCRA is severely shrinking the terrain of civil space in India and is posing unnecessary obstacles to human rights defenders and other civil society organisations in carrying out their critical work.”

In February, earlier this year, the government revealed that it had cancelled the FCRA licences of over 20,600 NGOs in the last 10 years. Most of these cancellations were done on account of non-filing of annual returns which is a mandatory requirement under the law, Union Minister of State for Home Nityanand Rai said.

"The registration certificates of more than 20,600 NGOs and associations have been cancelled during the period from 2011 till date, for violation of various provisions of the Foreign Contribution Regulation Act (FCRA), 2010, and rules made thereunder," he said in a written reply in Lok Sabha.

In 2021 alone, a batch of high-profile NGOs -- from Muslim organizations like Markazul Ighasathil Kairiyathil Hindiyya, a Kerala-based NGO, to a Christian group in Madurai, the Russ Foundation -- and so on had their FCRA licences suspended under the FCRA, 2010.

A newspaper report in September cites that the government had frozen the foreign funding licence of six charitable organisations run by religious organisations in one-and-a-half months over allegations of “forced religious conversions”. Till September, a total of nine NGOs had their licence suspended.

A number of renowned NGOs, including Amnesty International, Lawyers Collective, Greenpeace India, People’s Watch, Compassion International and Public Health Foundation of India, have alleged that NGOs have been throttled due to government scrutiny through tightening of the FCRA law. Many international bodies have seen this act as the government’s tool to curb dissent.

Amnesty International said it was forced to close its India operations because government agencies were not allowing it to function.

According to a report by local media, the BJP-led government has cancelled the FCRA licence of about 19,000 NGOs.

Last year, on September 20, a Bill to amend the Foreign Contribution (Regulation) Act (FCRA), was passed in the Parliament under which providing the Aadhar numbers of the office-bearers of any NGO will be mandatory for registration and public servants will be barred from receiving funds from abroad.

Following the passage of the Bill, several NGOs had appealed to President Ram Nath Kovind to not sign the FCRA amendment bill and send it back for a parliamentary committee consultation.

The government had asserted that the proposed legislation is aimed at transparency and is not against any NGO.

We request the President of India to send back this amendment and that a special committee be appointed to review the same in an appropriate manner. The legislation needs to be enabling and at par with FDI for corporates, and it needs to be done in a consultative manner with NGOs," Poonam Muttreja, Executive Director of the Population Foundation of India (PFI) said following the amendment.

If the FCRA license of an NGO is cancelled, the NGO can make a representation to the Home Ministry, which unless revoked remains valid for 180 days. It is then followed by a permanent cancellation of the licence.

Raising concern over the cancellation of the licence, the United Nations, last year, in a statement said, “The FCRA has been invoked over the years to justify an array of highly intrusive measures, ranging from official raids on NGO offices and freezing of bank accounts to suspension or cancellation of registration, including of civil society organisations that have engaged with UN human rights bodies…I am concerned that such actions based on the grounds of vaguely defined ‘public interest’ leave this law open to abuse.”

In March 2020, the Supreme Court ruled that resorting to dissent was not enough to curb the legitimate right of any organisation from receiving foreign funds.

(with inputs by PTI)