The move came after Assam Police on Monday morning withdrew the case against Mizoram Rajya Sabha MP K Vanlalvena at the directive of Sarma as a 'goodwill gesture'. 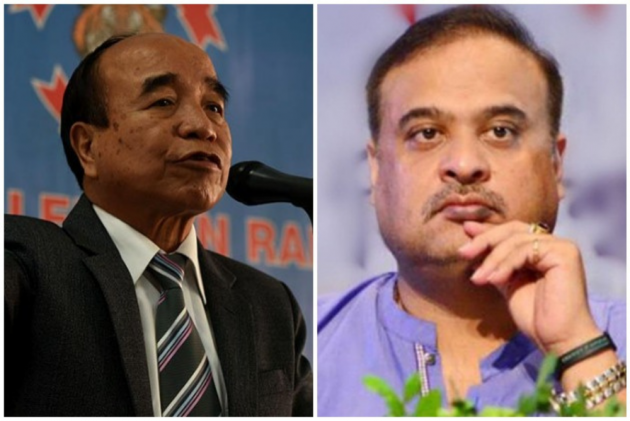 In a move toward reconciliation, Mizoram chief minister Zoramthanga on Monday directed the police to withdraw the FIR filed against Assam chief minister Himanta Biswa Sarma and six officials. The FIR had been lodged in connection with the July 26 cross-border violence that left six Assam Police personnel dead when they were fired upon by their Mizoram counterparts.

The move came after Assam Police on Monday morning withdrew the case against Mizoram Rajya Sabha MP K Vanlalvena at the directive of Sarma as a “goodwill gesture.”

“In order to build a conducive atmosphere for an amicable solution to the #MizoramAssamBorder dispute and to reduce the plight of suffering citizens, I have directed @mizorampolice to witfdraw FIR dt. 26.07.21 filed at Vairengte, Kolasib District, Mizoram against all the accused persons,” Zoramthanga tweeted.

In order to build a conducive atmosphere for amicable solution to the #MizoramAssamBorder dispute & to reduce the plight of suffering citizens,I have directed @mizorampolice to withdraw FIR dt. 26.07.2021 filed at Vairengte,Kolasib District,Mizoram against all the accused persons pic.twitter.com/IlQ65jssIL

The FIR against the Assam chief minister and the officials was filed under various criminal charges, including attempt to murder. On the other hand, Assam Police filed the case against Vanlalvena for having said that the next time Assam policemen entered Mizoram, all would be killed and not just a few.