M.K. Stalin Takes Oath Along With Gandhi And Nehru

Tamil Nadu's newly minted cabinet will have a Gandhi running the Khadi and rural employment department, and a Nehru captaining urban development. 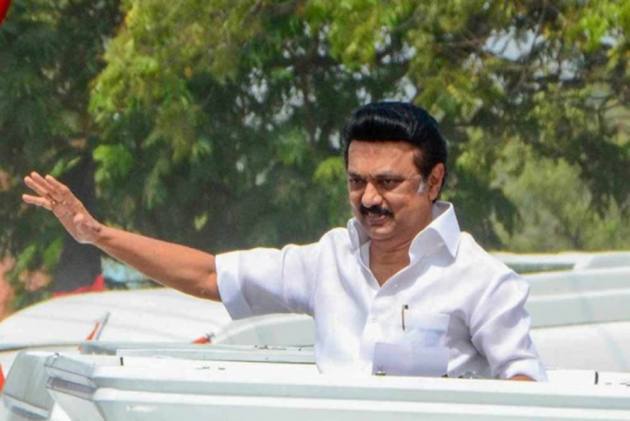 M.K. Stalin took oath as Tamil Nadu Chief Minister along with Gandhi and Nehru who would be members of his cabinet. By a strange coincidence, they also got portfolios that have become synonymous with their personalities.

For K.N. Nehru, the DMK’s strongman from Tiruchy, this is the fourth time in a DMK Ministry and most appropriately he will be in charge of Urban Development and Municipal Administration. R. Gandhi, a four-time MLA from Ranipet, and a first-time Minister will look after Khadi and Rural Employment in the 34 member Ministry.

While taking oath as Chief Minister Stalin (68) invoked the memory of his father by stating his expanded name - “I Muthuvel Karunanidhi Stalin…..” In the past, he had taken oath only as M.K. Stalin. As he began his oath his wife Durga Stalin became emotional and wiped away happy tears.

While long-term loyalists of the DMK and Stalin were rewarded with cabinet berths, also included were many former AIADMK Ministers – who had been part of MGR and Jayalalithaa governments – and had defected to the DMK later. Stalin, however, chose not to include his son Udhayanidhi in the Ministry. One reason was to avoid the criticism of perpetrating dynastic politics and also because of Udhayanidhi’s desire to continue his film career for a couple of more years. He has already committed to act in two movies.

Outgoing Chief Minister Edappadi K. Palaniswami was conspicuous by his absence, which was attributed to his being advised medical rest after undergoing hernia surgery. Instead, the AIADMK was represented by its former Deputy CM O. Panneerselvam who was seated along with Governor Banwarilal Purohit and Stalin while having the traditional tea after the swearing-in ceremony.

Congress leader Dinesh Gundu Rao, who is in charge of Tamil Nadu and state Congress Chief K.S. Alagiri were among the guests. While MNM leader Kamal Haasan was in attendance, the BJP was represented by its senior leader L. Ganesan. Another notable invitee was the DMK’s election strategist Prashant Kishore.