In the first poster, the Congress party workers demanded that Priyanka Gandhi be made the Congress candidate from Gorakhpur for the 2019 Lok Sabha elections. 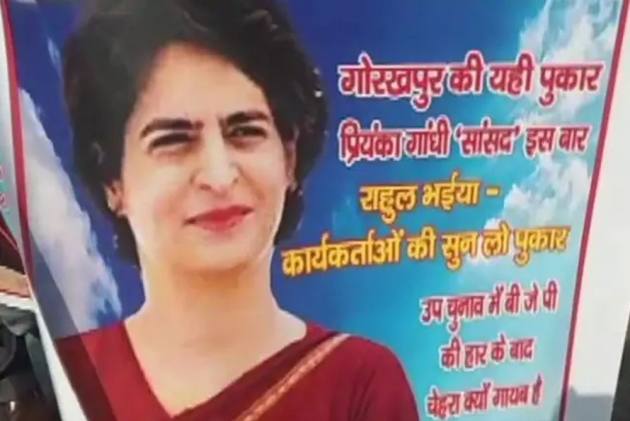 The Gorakhpur's Congress unit on Sunday raised a demand for fielding Priyanka Gandhi from the state, depicting her as a modern "Jhansi ki Rani".

The district unit of the party raised the demand in two posters that came up in the stronghold of Uttar Pradesh Chief Minister Yogi Adityanath, who represented Gorakhpur between 1998 and 2017 in the 12th, 13th, 14th and 15th Lok Sabha.

In the first poster, the Congress party workers demanded that Priyanka Gandhi be made the Congress candidate from Gorakhpur for the 2019 Lok Sabha elections.

The poster also mentioned defeat of the BJP candidate from Gorakhpur seat in the 2017 bypoll, held after it was vacated by Adityanath to become the UP chief minister.

Speaking to reporters, Anwar Hussain, general secretary of the Congress' district unit, said, "We are highly motivated and excited as Priyanka Gandhi has been made in-charge of the eastern UP. We are asking the party to make her the candidate for Lok Sabha elections from Gorakhpur this time."