The fact that Vaishnaw was straightaway made a cabinet minister even though he has no previous ministerial experience and is only two years old as a lawmaker in the Rajya Sabha may have surprised many. 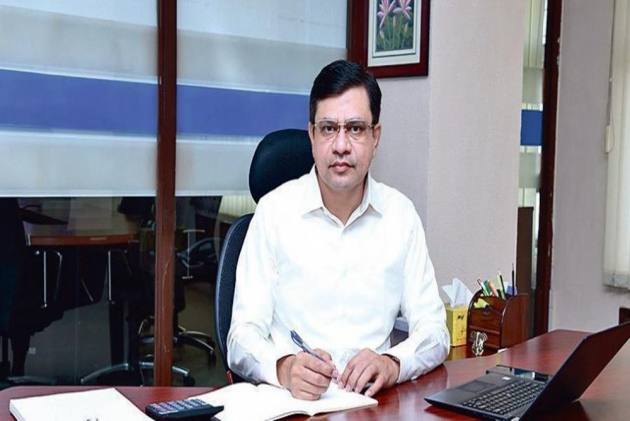 Ashwini Vaishnaw’s entry into the Union cabinet was as dramatic and unexpected as was his foray into electoral politics.

In June 2019, eyebrows were raised when BJD decided to support the candidature of the bureaucrat turned entrepreneur turned politician for one of the three Rajya Sabha seats for which elections were being held even though the ruling party had the numbers to grab all three. In fact, in an uncharacteristic faux pas, BJD supremo and Odisha Chief Minister Naveen Patnaik first announced Vaishnaw’s name as one of the three ‘BJD candidates’ for the polls, only to clarify within half an hour that the former IAS officer was the BJP candidate and was being supported by the BJD following a phone call from Prime minister Narendra Modi.

Eyebrows were raised again today when Vaishnaw, the lone BJP Rajya Sabha member from the state, was chosen for a place in the Union cabinet. (The eighth, Balasore MP Pratap Sarangi resigned from the council of ministers to make way for Mayurbhanj MP Bishweswar Tudu). The fact that Vaishnaw was straightaway made a cabinet minister even though he has no previous ministerial experience and is only two years old as a lawmaker in the Rajya Sabha may have surprised many. But those who have followed his career closely were hardly surprised because the Jodhpur-born man has an uncanny knack of staying under the radar and popping up when least expected. He is the quintessential backroom boy who shuns the limelight.

Starting as an IAS officer in the Odisha cadre, the gold medalist in Bachelor of Engineering (BE) from the Jai Narayan Vyas University in Jodhpur served as the Collector of Balasore and Cuttack before joining as a deputy secretary in Atal Bihari Vajpayee's PMO. While there, he is believed to have made significant contributions to policymaking in public-private partnerships in infrastructure projects. After Vajpayee laid down the office, he served as the private secretary to the former PM. It was during this period that he is said to have been noticed by the BJP top brass.

In 2006, he joined as the Chairman of Marmugao Port Trust and served in that capacity for the next two years before going off to the US to acquire an MBA from the Wharton Business School. On his return from the US, he quit the IAS and served in GE and Siemens in senior managerial positions. In 2012, he quit his corporate job to set up two auto component manufacturing units in Gujarat. It is this rare combination of experience in both public and private sectors that is believed to have tilted the scales in his favour over the seven LS MPs when PM Modi finalized the names of ministers to be inducted in today’s reshuffle.

While his efficiency and varied experience are beyond question, Vaishnaw has been dogged by controversy, primarily because of his association with B Prabhakaran, who was named in the MB Shah Commission report on the massive mining scam in Odisha in 2013. Vaishnaw joined the board of Triveni Pellets Private Limited, a sister concern of Triveni Earthmovers Private Limited, Prabhakaran’s flagship company, as a Director in 2017. In 2018, he, along with Sajjan Jindal of JSW and Prabhakaran, took over Brahmani River Pellets Limited (BRPL) and turned it around in a short period.

On being elected to the Rajya Sabha two years ago, Vaishvnaw had said he had always been a ‘brother’ to the people of Odisha and would continue to be the same after he enters the upper house. As he begins his innings as a Union minister, the people of Odisha would be hoping he remains true to his word.