LJP leader Pashupati Kumar Paras had staged a coup within the party earlier, when he ousted his nephew Chirag Paswan from the post of LJP chief 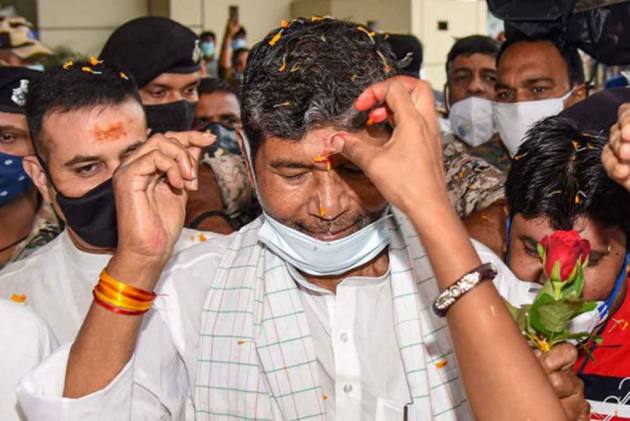 LJP leader Pashupati Kumar Paras was inducted into the Union Cabinet on Wednesday just days after he staged a coup against his nephew and the then LJP chief Chirag Paswan.

While during most of the four decades that he spent in politics, Paras stayed under the shadow of his late brother Ram Vilas Paswan, equations changed when he removed his nephew Chirag Paswan from the post of party president last month after five of the six LJP MPs joined hands with him to oust Paswan.

Interestingly, prior to the Cabinet expansion, Chirag had on Tuesday requested Prime Minister Narendra Modi to refrain from including anyone from LJP breakaway faction into the Cabinet, threatening that such an act could lead to a lawsuit.

Paras, who previously headed Lok Janshakti Party’s Bihar unit and is currently the national president of its breakaway faction, began his innings in 1978 as a Janata Party MLA from Alauli in his native Khagaria district, a seat formerly represented by the late Ram Vilas Paswan.

He represented the assembly segment several times, on tickets of the Janata Dal and later of the party floated by his brother. He became a member of the Nitish Kumar cabinet in the state in 2017 when the chief minister realigned with the NDA.

The 2019 Lok Sabha polls saw him making his parliamentary debut from Hajipur, a constituency the late Ram Vilas Paswan had nurtured over the decades. The move was seen as indicative of the trust between the two brothers.

Nonetheless, the elevation of his greenhorn nephew Chirag as LJP national president mortified Paras who did not immediately choose to vent his dissatisfaction but hit back and extracted his pound of flesh when the Jamui MP was down in the dumps.

Chirag who was hoping to step into father Ram Vilas’s shoes as the sole leader of the Paswan community had led his party to a disastrous assembly performance and painted himself into a corner by burning bridges with Nitish Kumar.

This obviously gave his uncle the chance that he had long been on the lookout for. Armed with the support of all other party MPs, Paras last month elbowed out Chirag as the LJP’s leader in the Lok Sabha and came down heavily on the young MP’s vainglory in attacking the BJP-backed chief minister in Bihar while claiming loyalty towards the saffron party.