Anand Sharma said the government must answer why it did not put an exigency plan in place before the onset of the second wave of the coronavirus pandemic. 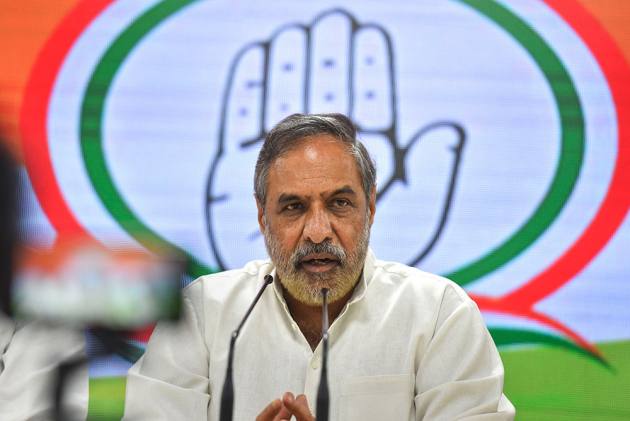 Congress leader Anand Sharma on Saturday noted that accountability of government is integral to democracy and said the Narendra Modi dispensation must be held morally and politically accountable for the death of Covid-19 patients due to shortage of oxygen and critical medicines.

"Accountability of government is integral to democracy. This government must be held morally and politically accountable," Sharma said on Twitter.

He said the government must answer why it did not put an exigency plan in place before the onset of the second wave of the coronavirus pandemic.

Accountability of government is integral to democracy.
This Government must be held morally and politically accountable.

"Reminding again the prime minister and his colleagues that India cannot be micromanaged in a pandemic. The responsibility for the deaths of Indian citizens for shortage of oxygen and medicines lies squarely at the doorstep of the government," he said.

Sharma, a former union minister, tested COVID-19 positive last week and is currently recuperating. He is currently admitted at Medanta Hospital in Gurugram and is stable.

He said the unfolding tragedy of India's citizens dying for want of medicines and man-made oxygen shortage has shocked the collective conscience of the nation.

"But, the apathy of the government which remains in brazen denial is unforgivable," he said.

"A mindset of control, obsession for publicity and propaganda and desperation for dominance and power as a priority has destroyed India's preparedness to fight the second surge," he noted.

In a federal country of 135 crore people, the centralization of all authority and decisions to fight the COVID-19 pandemic, negating the role of the states, has resulted in an unprecedented national disaster, he said.

"Why no exigency plan was put in place for the second wave? Why oxygen emergency reserve was not created? Who is responsible for rampant black marketing of life saving medicines," he asked.

India saw a record single-day rise of 3,46,786 coronavirus cases pushed India's tally of infection to 1,66,10,481, while active cases crossed the 25-lakh mark, according to the Union Health Ministry data updated on Saturday.