Modi In Kedarnath: A Spiritual Touch To BJP’s Poll Narrative For Uttarakhand And Himachal Pradesh

Under its ‘Mission Repeat -2022’ strategy, the BJP has now set its eyes upon Uttarakhand, the hill state in the vicinity with barely two months to go before assembly polls. 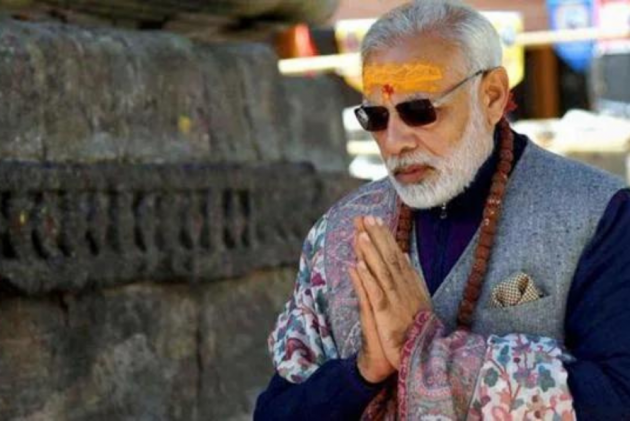 Four bypoll reversals in Himachal Pradesh, particularly in the Mandi Parliamentary seat in Chief Minister Jairam Thakur‘s home district, have fiercely shaken the BJP nationally. But the state slated to go to the poll next year seems eager for some course correction.

Under its ‘Mission Repeat -2022’ strategy, the BJP has now set its eyes upon Uttarakhand, the hill state in the vicinity with barely two months to go before assembly polls.

Friday’s event at Kedarnath – the unveiling of a 12-feet rebuilt statue of Adi Guru Shankaracharya, and the launch of several infrastructure projects by Prime Minister Narendra Modi, give clear indications about the BJP shifting its attention on Uttarakhand.

The state has seen frequent changes in leadership since the 2017 poll, and the recent return of sitting minister Yashpal Arya back to the Congress are factors weighing against the BJP if more Congress ‘defectors’ decide to desert the ruling party.

Arya was one of several Congress MLAs and former ministers who had switched loyalties to BJP apart from former Chief Minister Vijay Bahuguna. There are now indications about some of them planning to return to Congress.

Prime Minister Modi‘s bid to reconnect himself with Kedarnath and his focus on improving road connectivity to Char Dhams, launching the ropeway near Hemkund Sahib to facilitate movement of devotees and inauguration of an eighth-century seer's 'samadhi', make his plans clear about the new narrative for the Uttarakhand poll.

“This decade belongs to Uttarakhand. In the next ten years, the state will receive more tourists than it did in the last 100 years," said Modi after unveiling the 12-foot statue of Adi Guru, which faced destruction during the 2013 flash floods.

Harvardhan Chauhan, a five-time Congress MLA from Shilai, an area adjoining Uttrakhand, admits that the BJP might be a little worried. "After the losses in Himachal Pradesh, the BJP have got ample signals that it could lose Uttrakhand and also other states where polls are likely to be held in January-February 2022. Modi‘s visit to Kedarnath is nothing more than a countdown to the assembly polls . If more MLAs return to the Congress, BJP will certainly be in trouble, Chauhan told Outlook.

The Prime Minister’s ceremony and speech at Kedarnath were also directly telecast at five places in Himachal Pradesh, including the famous shrine of Jawalamukhi—where Chief Minister Jai Ram Thakur attended and ancient Bhootnath temple at Mandi and Chaurasi temple Bharmpur in Chamba district.

Realising that price rise was the biggest poll issue that impacted the BJP’s performance, Himachal Pradesh along with other BJP-ruled states including Uttarakhand and Haryana have already cut down VAT on diesel and petrol. Petrol has come cheaper by Rs 17 per litre while diesel Rs 12 per litre.

Union Minister for Information and Broadcasting Anurag Thakur who was in Kangra three days back had said the party will analyse the factors which went against it in the Himachal Pradesh bypolls and make necessary course corrections.

“The lotus will once again bloom in Himachal Pradesh in the 2022 polls,” he said.

Apart from the Chief Minister, Union minister Anurag Thakur was also present at Jawalamukhi and praised Prime Minister for his commitment to bringing about such massive transformation of Kedarnath, which will be an example for generations to come.

There are chances of Prime Minister Modi also visiting Himachal Pradesh this month or in  December to launch some hydro-power projects in the state.