Modi Is 180 Degree Prime Minister, Does Totally Opposite Of What He Says: Akhilesh Yadav

Samajwadi Party chief Akhilesh Yadav has termed Prime Minister Narendra Modi as '180 degree' PM, saying Modi does the opposite of what he says 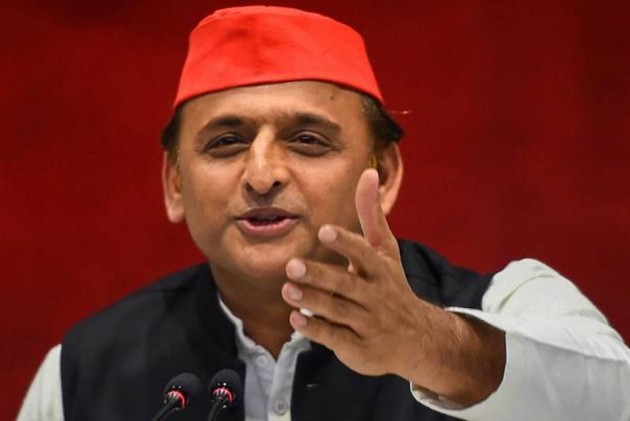 Describing Narendra Modi as a "180-degree prime minister", Samajwadi Party chief Akhilesh Yadav on Sunday said the country is set to have a new PM who could be from the grand alliance his party has forged in UP with Mayawati's BSP and Ajit Singh's RLD.

He also dismissed as a "wrong statement" the reported comments made by Congress leader Priyanka Gandhi that her party has fielded candidates to cut BJP's votes to provide benefit to the SP-BSP alliance.

He said the Congress leaders are saying so because "they know the alliance is winning and people are with them."

Some other Congress leaders have also said that the party has fielded its own candidates in some seats where the grand alliance is strong in such a way that the BJP's vote share gets split.

In an interview to PTI during his election campaign, Yadav said, "SP-BSP-RLD alliance is working on the ground and it is the people who are fighting the election for success of the alliance. It will win maximum seats."

Yadav said the alliance is all about ushering a new era of development in Uttar Pradesh by ensuring social justice and it would continue for 2022 assembly elections as well.

He said the country is going to have a new prime minister this year and it is this alliance which will decide who will be that person.

Asked whether the next prime minister could be from the grand alliance, he said, "Why not?"

"Modiji is 180 degree Prime Minister he does totally opposite to what he says," he said.

The former chief Minister of Uttar Pradesh said it was he who had approached Mayawati for the grand alliance.

He said the grand alliance was required due to the prevailing situation and circumstances. "People wanted something to glue with and this alliance has given them that."

Bitter political rivals SP and BSP have come together for the 2019 Lok Sabha elections after facing drubbing from BJP in 2014 general election and in the 2017 assembly elections of Uttar Pradesh.

The BJP had won 71 out of 80 seats in Uttar Pradesh in 2014 while SP could manage only five and BSP was unable to open its account.