On Sunday, Adityanath at an election rally in Ghaziabad, attacking the Opposition, alleged that while the Congress “fed terrorists with biryani”, “Modi ji’s sena fed the terrorists with bullets and bombs”. 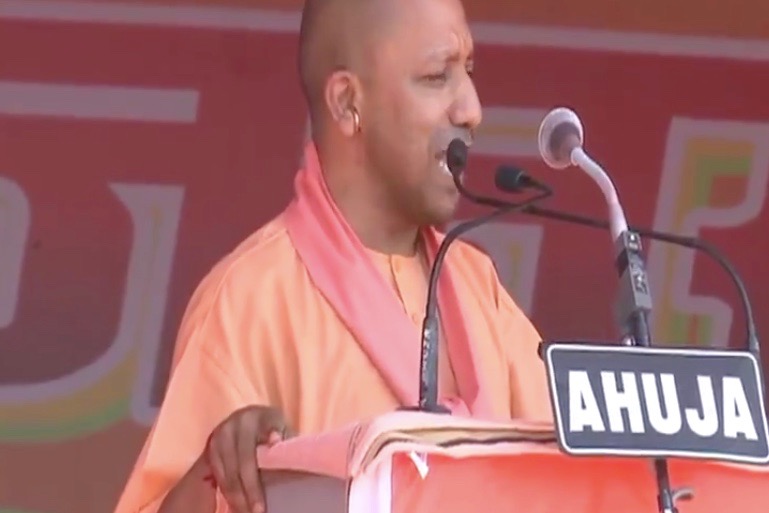 Uttar Pradesh Chief Minister Yogi Adityanath's terming the Indian Army as “Modiji ki Sena” has elicited all round condemnation from the Opposition,  which has termed it an "insult" to the Indian armed forces and demanded that the CM apologise.

On Sunday, Adityanath at an election rally in Ghaziabad, while attacking the Opposition, alleged that while the Congress “fed terrorists with biryani”, “Modi ji’s sena fed the terrorists with bullets and bombs”.

Congress spokesperson Priyanka Chaturvedi said, in a sarcastic note, that the BJP has done the "namkaran" or official naming of the Indian army and demanded that Adityanath must apologise.

In another taunt, she said that terrorist Masood Azhar’s “safe return to terroristan” was ensured by the “stellar role” played by current National Security Advisor Ajit Doval during the hijacking of flight IC814 in 1999. The Jaish-e-Mohammad chief, whose outfit is behind the February 14 Pulwama terror attack in which 40 CRPF men were killed, and other terror attacks in India, was released in exchange for passengers of the airplane in Kandahar.

Aur agar Masood Azhar ki baat karein toh how can one forget the stellar role of NSA Doval who personally ensured the safe return of the terrorist to terroristan? https://t.co/IDF8U6DSjR

Trinamool supremo and West Bengal Chief Minister Mamata Banerjee also slammed the UP Chief Minister, saying "Such blatant personalisation and usurping of our beloved Indian Army is an insult and a humiliation".

It is shocking to hear the UP CM saying that the Indian Army is the ‘Modi Sena’. Such blatant personalisation and usurping of our beloved Indian Army is an insult and a humiliation 1/2

We are proud of our Army. They belong to all. They are a great asset of our nation, and not a cassette of the BJP. People of this country must stand up and reject this statement. 2/2