Addressing media persons via video conference, Congress Chief Spokesperson Surjewala alleged the anti-trader and anti-shopkeeper decision of the 'Modi government and the BJP-JJP government will not be tolerated' and demanded its reconsideration. 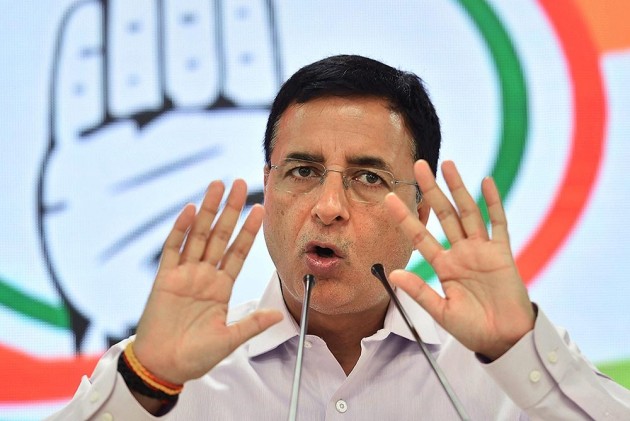 The Congress on Saturday accused the Centre and the BJP-JJP government in Haryana of appeasing e-commerce giants at the cost of seven crore shopkeepers in the country who, the opposition alleged, have been denied the opportunity to conduct business during the ongoing lockdown to combat the coronavirus.

The government's decision to allow wider e-commerce services after April 20 will ruin the businesses and livelihood of seven crore small shopkeepers, including 10 lakh in Haryana, "by giving monopoly to the e-commerce companies in selling non-essential goods but denying the same opportunity to the shopkeepers", alleged Congress chief spokesperson Randeep Singh Surjewala.

Addressing media persons via video conference, Surjewala alleged the anti-trader and anti-shopkeeper decision of the "Modi government and the BJP-JJP government will not be tolerated" and demanded its reconsideration.

Calling the government's decision as an impractical move, the former Haryana minister demanded protection to small shopkeepers by allowing them permission to deliver goods in their local areas at the doorsteps of customers via contact-less home delivery.

This will help in achieving the goal of social distancing, while supporting economic revival for the country, he added.

Surjewala said that the BJP government seemed to be keen on destroying the businesses of about seven crores small shopkeepers in the country “as it was favouring big e-commerce companies like Amazon and Flipkart by giving them monopoly in selling non-essential goods and denying the same opportunity to our native shopkeepers, who are already facing economic hardships due to the lockdown”.

Highlighting the woes and problems of shopkeepers, Surjewala said that the stalled businesses during the lockdown has resulted into huge losses for the entire MSME sector and now the period of lockdown has been further extended till May 3.

“The shopkeepers and local traders have made heavy investments into their businesses and goods worth lakhs of crores of rupees was lying in their shops and godowns.

Despite the closure of the business, the shopkeepers are paying their rents, fixed electricity bills, commercial house taxes and heavy interests on their investments. Obeying the government orders, the shopkeepers are also paying full salaries to their employees during the lockdown, but for some strange reasons, the Government seemed to be keen on punishing them,” he added.

He said the Retailers Association of India has said that when lockdown opens 25 per cent shops will be shut in the country, which will mean 2.5 lakh in Haryana alone.

“They have said in the next 6-12 months no shopkeeper will be able to earn anything,” he said.

“Is the decision to give e-commerce and online companies permission from April 20 to sell non-essential goods a well-thought conspiracy which will bring ruin to the small shopkeepers,” he asked.

“Chief Minister (Manohar) Khattar ji and his Deputy Dushyant Chautala ji were elected to serve people of Haryana, over 10 lakh shopkeepers constitute an important part of those who elected them. Why are they betraying the faith as also the business of 10 lakh shopkeepers and close over one crore employed and in shops and small businesses and acting as agents and stooges of big e-commerce companies,” he alleged.