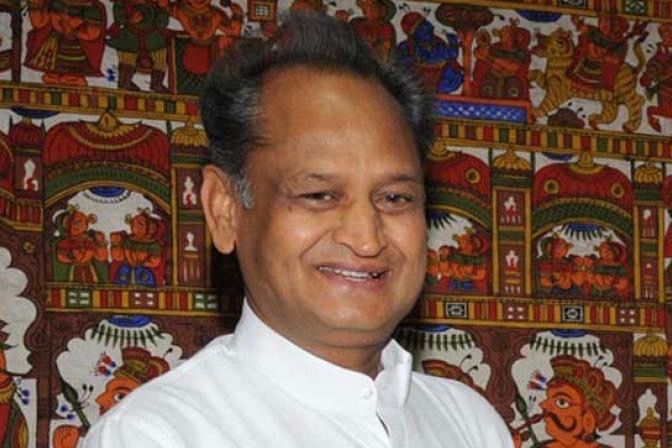 Prime Minister Narendra Modi is on course to becoming a "dictator", which is a "huge threat" to democracy, Rajasthan Chief Minister Ashok Gehlot said on Monday.

Gehlot alleged that Modi had been dividing the nation and the society in the name of nationalism.

"History says that every dictator first talks of nationalism and captivates the people. Modi has been doing the same thing, but the people, especially the young generation, need to understand this," the Congress leader told reporters in Jodhpur after casting his vote with his family in the morning.

Modi is "on course to becoming a dictator, which is a huge threat to the democracy of the country", Gehlot said.

"He (Modi) has a perverted version of patriotism and has got down to exploit this term to win the election only by emotionally misleading the people, especially the youth," the chief minister said.

After casting his vote, the chief minister left for Saipau village in Dholpur district to join Congress president Rahul Gandhi in a public meeting.

Later, at  the election meeting in Sardarshahar town he claimed the prime minister wants to win the elections by engaging people in "issueless politics".

"There should issues in elections. Rahul Gandhi has been repeatedly asking the prime minister to talk on issues," Gehlot said.

"The prime minister never talks about his vision, policies, programmes for farmers, labourers, women, youths of the country. They (BJP leadership) want to win the election by engaging people in issues like Ram temple and patriotism. They want to win election in the name of the defence forces," the chief minister said.

He alleged that an atmosphere of fear, hatred and violence has been created in the country, which is very dangerous for democracy.

Claiming that the Congress always keeps its promises, the Rajasthan chief minister said, "Rahul Gandhi had promised farm loan waiver before the assembly elections and our government waived loans given by the cooperative bank and the Bhumi Vikas Bank as soon as the Congress came to power."

"We promised to waive loans up to Rs 2 lakh taken from nationalized banks. We will do it after the Lok Sabha elections," he added.

For the past nine days, Gehlot had been campaigning for his son, Vaibhav Gehlot, who is contesting the Jodhpur Lok Sabha seat against the Bharatiya Janata Party's Gajendra Singh Shekhawat.