Rahul Gandhi shared a meme explaining the term 'Modilie', which he claimed is a new entry to the English dictionary that meant 'to constantly modify the truth'. 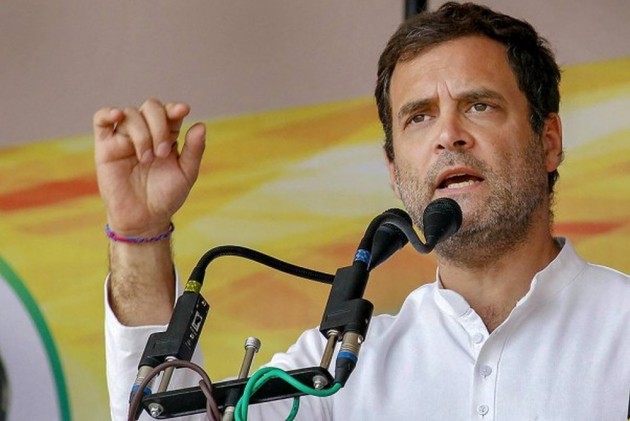 In a fresh jibe at Prime Minister Narendra Modi, Congress president Rahul Gandhi on Wednesday shared a meme explaining the term 'Modilie', which he claimed is a new entry to the English dictionary that meant "to constantly modify the truth".

‘Modilie’ is a new word that’s become popular worldwide. Now there’s even a website that catalogues the best Modilies! https://t.co/Ct04DlRsj3

"To lie incessantly and habitually" and 'to lie without respite' are the other meanings of the word, which has been formed by a combination of the words Modi and lie, claimed the Congress leader.

In a post on Twitter, Rahul said: "There's a new word in the English Dictionary". He attached a screenshot of the entry in the 'English Living Dictionaries', which described the word as a noun.

In the picture that the Congress president shared, there are three "meanings" of "Modilie" shown along with their use in sentences.

Meanwhile, Rahul Gandhi took some time out from his busy campaign schedule to drive a tractor in Punjab's Ludhiana.

Punjab Chief Minister Captain Amarinder Singh, Ludhiana MP Ravneet Bittu and Congress leader Asha Kumari were also sitting on the tractor when it was being driven by the Congress president.