Lok Sabha was adjourned till 2 pm after Union Defence Minister Rajnath Singh objected against protests while PM Narendra Modi was introducing his new Council of Ministers in the House. 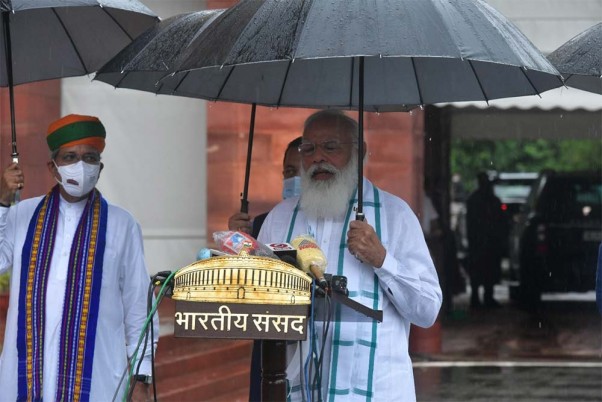 "I thought there would be an atmosphere of excitement in the house. We welcome new women and Dalit MPs. I wanted to introduce MPs. Few people don't want Dalit MPs becoming minister, women becoming ministers," PM Modi said amid ruckus created by Opposition in Parliament.

Meanwhile, Rajya Sabha proceedings on the opening day of the Monsoon session of Parliament on Monday were also adjourned for an hour as a mark of respect for departed two sitting MPs Raghunath Mohapatra and Rajeev Satav.

He read out obituary references for each of the 13 before adjourning the proceedings for an hour "as a mark of respect to the memory of Raghunath Mohapatra and Rajeev Satav, sitting members of house, the house stands adjourned for one hour".