Piyush Goyal said that the Opposition's approach of 'my way or highway is highly condemnable' and the country also condemns such attitude. 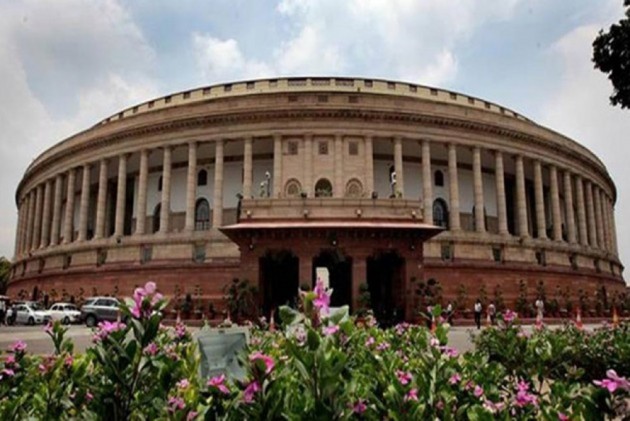 Accusing the opposition MPs of disrespecting Parliament by manhandling marshals, standing on tables, breaking glasses, amid ruckus in the Rajya Sabha, Union minister Piyush Goyal urged Rajya Sabha Chairperson to form a special committee that would investigate the House proceedings in detail and take strict action.

Piyush Goyal said that the Opposition's approach of "my way or highway is highly condemnable" and the country also condemns such attitude.

"The worst is that an attempt was made to strangle a woman marshal. It has lowered the stature of the House. When Parliamentary Affairs Minister Pralhad Joshi and I tried to come to the House from our chamber, we too were stopped. I want you (Chair) to go into details of every incident. All these incidents need to be investigated after going through the record. We demand that a special committee be formed to investigate the proceedings properly and strictest action should be taken," Piyush Goyal said.

As Politics Over OBCs Hots Up In Odisha, BJD Seeks Law To End 50% Cap On Reservation

Soon after, leaders of 11 opposition parties accused the government of deliberately derailing Parliament and alleged that opposition MPs including women members were manhandled by outsiders who were not part of Parliament security. In a joint statement, opposition leaders condemned the "authoritarian attitude" and "undemocratic actions" of the government and said what had happened in the Rajya Sabha on Wednesday was shocking and an insult to the dignity of the House and humiliation of the members.

Accusing the government of stonewalling their demand for discussion, the opposition leaders charged that was it running away from the debate on Pegasus snooping issue.

"What happened in Rajya Sabha yesterday was shocking, unprecedented, sad and an insult to the very dignity of the House and humiliation of the members of the august House," they said in a joint statement. They alleged that without any provocation from the Opposition, "outsiders who were not part of Parliament security were brought in to manhandle the Opposition leaders and members, including women Parliamentarians who were only protesting against the Government's conduct, highhandedness and muzzling of the voice".

"The Opposition strongly condemns the authoritarian attitude and undemocratic actions of the Government. We remain committed to continue our struggle against the assault on Parliamentary democracy and agitate the issues of national importance and people's concern," the joint statement said.

The situation worsened when the insurance amendment bill was taken up in the Rajya Sabha. The opposition MPs called it a "sell-off" and stormed into the Well of the House shouting anti-government slogans.

They were, however, prevented from going anywhere near the table of the House or the chair by a wall of about 50 security staff that sort of cordoned off what Rajya Sabha Chairperson M Venkaiah Naidu referred to as the "sanctum sanctorum". Naidu also said a "certain degree of sacredness" is attached to this place.

Goyal, also Leader of House in Rajya Sabha, said the group of ministers met Chairman and Deputy Chairman of the House and made an earnest appeal that the strongest possible action should be taken against the opposition MPs for their deplorable behavior and manhandling marshals.

He said the Opposition was unable to digest the fact that the country has given up on them and their behaviour in Rajya Sabha on Wednesday was a new low of the parliamentary democracy.

The Secretary General's table in Rajya Sabha is not meant for dancing and protesting, Union Minister Anurag Thakur said at the press conference, referring to an incident when an opposition leader was seen above a table inside the upper house of Parliament.

“The opposition is spreading lies. Marshals can’t dare to touch MPs, they can’t even think about it. CCTV footage will establish that they are lying,” he said.

Joshi said the government demands that the Rajya Sabha chairman constitute a special committee to probe the misbehaviour and indiscipline by opposition members, and strict action should be taken against them. He said he has never seen such behaviour by MPs in his parliamentary career.

Separately, a group of opposition leaders also met Naidu and complained against the alleged heckling of MPs including some women.

The ministers, on the other hand, are believed to have complained against the alleged unruly behaviour of some opposition members in the House on Wednesday.

On Wednesday, Naidu broke down over the huge ruckus in the House and equated the act of some opposition MPs to "sacrilege in the temple of democracy".

The tumultuous Monsoon session of Parliament was on Wednesday curtailed by two days.

Leaders of several opposition parties on Thursday marched in protest against the government on several issues, including Pegasus, farm laws, and alleged manhandling of their MPs in Rajya Sabha, with Congress leader Rahul Gandhi saying the voice of people was crushed in Parliament and democracy was "murdered".

Top leaders of several opposition parties met in the chamber of Leader of Opposition in the Rajya Sabha Mallikarjun Kharge and then walked in protest from Parliament House to Vijay Chowk.