Hindu religious leaders have raised objections over the gathering of sex workers in the 'pious town of Ayodhya'. 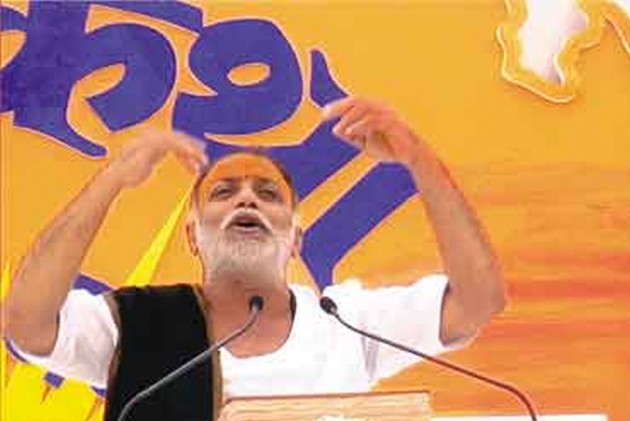 Spiritual leader Morari Bapu has kicked up a row by narrating the Ram Katha to around 200 sex workers from Mumbai in Ayodhya.

Sex workers from Kamathipura, the red light area of Mumbai, were personally invited by Morari Bapu for the religious discourse.

Hindu religious leaders have raised objections over the gathering of sex workers in the "pious town of Ayodhya".

"By inviting sex workers to the pious town of Ayodhya, Morari Bapu is trying to make this town impious. If Morari Bapu wants to reform society he must organise such Ram Kathas in Naxalite and red light areas," said Santosh Dubey, President of Dharam Sena outfit and prime accused in the Babri Masjid demolition case.

Another Mahant of Dandiya Temple in Ayodhya, Bharat Vyas, said, "Gathering of sex workers in Lord Rama's city is not a good message. This is the town where devotees come to wash off their sins...what message does Morari Bapu want to give. We holymen of Ayodhya strongly oppose this move”

Another local Hindu leader Pravin Sharma, said he has written a letter to UP Chief Minister Yogi Adityanath against Morari Bapu.

Mahant Pawan Das Shastri, an Ayodhya-based preacher of Ram Katha, said the presence of "such women" in the town was not acceptable.

"I will address deprived section as Lord Rama's life was based on acceptance and reforms," he said.