Replying to the debate on her Budget for 2020-21 in Rajya Sabha, she said FDI 'ran out of the country in 2012-13' under "competent doctors" overseeing the economy. 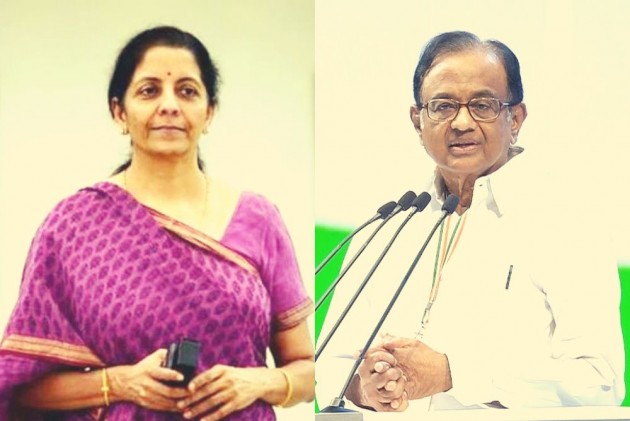 Finance Minister Nirmala Sitharaman on Tuesday hit back at former minister P Chidambaram for his 'incompetent doctors' attending to economy remark, saying there was nothing to learn from the people who gave the mountain of NPAs along with twin balance sheet crisis.

Replying to the debate on her Budget for 2020-21 in Rajya Sabha, she said FDI "ran out of the country in 2012-13" under "competent doctors" overseeing the economy.

She said defence of India was paralysed and did not have equipment under the UPA.

There was more sarcasm than content in Chidambaram's criticism of the Budget, she said. "We are certainly predisposed about not repeating mistakes of UPA."

She went on to list the twin balance sheet crisis faced by the banks and the mounting NPA and fleeing defaulters.

Also, free trade agreements (FTAs) entered into by the UPA are hurting the country, she said.

The finance minister said green shoots of recovery were visible with a rebound in industrial activity and GST collection crossing Rs 1 lakh crore-mark in six months of the current fiscal.

Food inflation has not been allowed to cross acceptable thresholds under the Modi government, she said.

The minister also said that fiscal discipline was maintained all through under the Narendra Modi government.