The youth wing of the Samajwadi Party, on Saturday, set up a counter in Varanasi where they gave onions on loan. People can 'mortgage' their Aadhar cards as security and take onions. 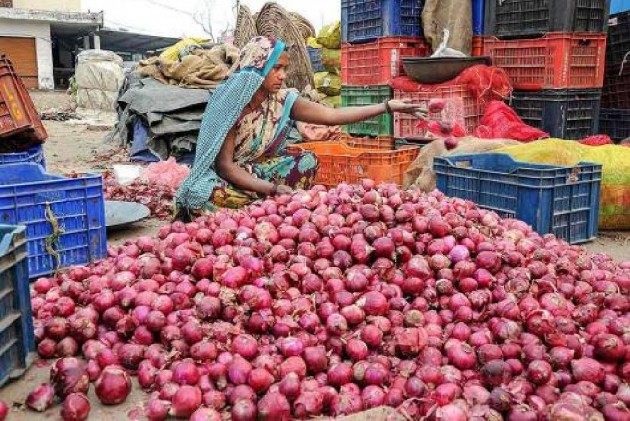 Opposition parties in Uttar Pradesh have started a unique protest to embarrass the ruling BJP over the unprecedented increase in prices of onions.

The youth wing of the Samajwadi Party, on Saturday, set up a counter in Varanasi where they gave onions on loan. People can 'mortgage' their Aadhar cards as security and take onions.

"This is being done to register our protest against high price of onion. Recently a truck carrying inions worth Rs 26 lakhs was stolen and now people are even keeping onions under lock and key," said Anshul Yadav, a local SP worker.

In Lucknow, Congress party workers sold onions at Rs 40 per kilogram outside the state assembly to protest against the rising prices of the essential commodity.

Congress leader Shailendra Tiwari said, "The rising price of vegetables has affected the household budget in a big way. The government is not willing to listen to the pleas of the common man so we decided to buy onions and sell them at a reasonable rate to the common man."

He said that the objective of the protest was to highlight the fact that the government was not taking up the responsibility to address the people's hardships.

Prices of onions in the past two days have shot up to Rs 100 per kilogram in several districts of Uttar Pradesh including Prayagraj, Pratapgarh, Bhadohi, Barabanki and Gonda.