Most Vulnerable Should Get Vaccine Second Dose At Eight Weeks: Prof Srinath Reddy 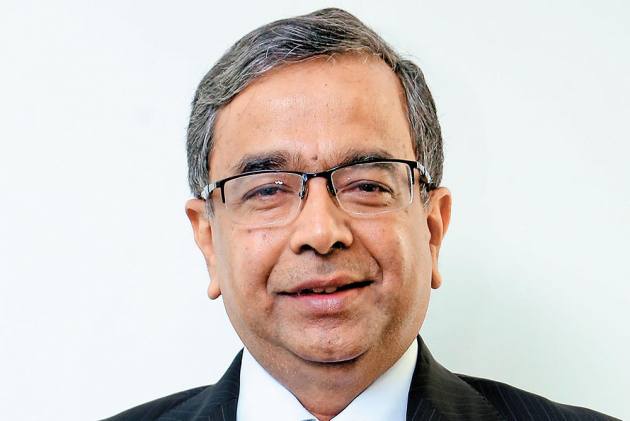 The controversy about vaccine dosage schedule shouldn’t cast doubt on the effectiveness of vaccines, says Prof K Srinath Reddy, President of Public Health Foundation of India (PHFI). Speaking to Outlook, Reddy, an adjunct professor of epidemiology at Harvard T.H. Chan School of Public Health said that the government should consider giving a second dose of vaccine for the high-risk groups at a shorter interval.

The highly transmissible delta variant is a cause for concern the world over. How should we be prepared?

A ‘real life’ data released recently by Public Health England found that one dose of the AstraZeneca vaccine is only 33 percent effective against symptomatic infection caused by the Delta variant, whereas the efficacy will go up to 60 percent with two doses. Do shortening gap between doses help fighting Delta variant?

International studies suggest that it’s better to give vaccines in shorter intervals. UK, Northern Ireland and Scotland have all gone for an interval of eight weeks, rather than 12 weeks, which they were following earlier. WHO had originally set eight to 12 weeks to fight the wild virus, not the Delta variant. Even for the alpha variant, the first dose appeared to be reasonably effective. However, Public Health England has felt that against the Delta variant, the first dose alone is not sufficiently effective. They said that the second dose should be given at eight weeks intervals.

How should we go about the spacing of vaccines and the priority group?

I would say that the government should consider giving a second dose of vaccine at eight weeks for the 45 plus age group and people with comorbidities. Now, the government is giving a second dose of vaccine at four weeks for students who are going abroad. What about the older age group here, who is at risk? The government should consider the same schedule for the older age group, and at high risk. Ultimately, the decision lies with the government. This would appear to be a safer approach to protect people. When we are ready to help young people to travel abroad for higher education and employment, we should also protect older people from severe diseases. Let us use the vaccine for the maximum protection of the most vulnerable.

Some studies indicate that one dose of vaccine is adequate for protection against the virus.

Now, the Indian data are being quoted saying that even one dose is adequate to give enough protection. But those are studies, which have been done on healthcare workers, who are generally young and healthier. And all of them have not looked at the Delta variant also. They only studied re- infections. That is very reassuring. But what we need to do is to look at the variants, particularly re- infections and hospitalization in older people and people at higher risk. The question is whether we should have a policy of giving the second dose earlier to at least these groups. We may give the second dose to younger people with a larger gap. Let the National Technical Advisory Group on Immunisation (NTAGI) decide that.

Should India reduce the gap between vaccine doses based on UK studies?

NTAGI is reviewing it. Let them decide.

Maharashtra health department has warned that the Delta plus variant of the coronavirus may spark the third wave of infections within a few weeks if Covid norms are not followed. Most states are unlocking and doctors have issued similar warnings.

I would say that preparing for the third wave is critical. Firstly, we must speed up vaccination to the extent we can. It depends upon the availability of vaccines. Whichever is the variant, we have to observe precautions and prevent ourselves from getting exposed to the virus. We should avoid celebrating prematurely, rushing to markets, holiday spots, malls, cinema theaters, and indoor dining in restaurants. All of these are invitations to viruses. We have to be patient till the end of the year and observe a lot of discipline. By that time, vaccination would have been ramped up. You can't run on one leg. You have to run on both legs. One leg is public health precautions and the second leg is vaccination.

Experts say that each wave is deadlier than the previous ones. Can we expect a deadlier third wave?

That is up to us. You can't always say that.  Suppose vaccination is already done in a big way and if we take substantial precautions, the third wave doesn't have to be deadly. All these predictions are based on past experience, not on our future preparation. We have gained wisdom from the first wave and the second wave. That wisdom can protect us from the third wave.