It was believed that the woman, Geethu, 21, was lying with her one-and-half-year-old son Dhruv, holding his hand when the unexpected flood fury and landslide had swept them away on Friday afternoon. 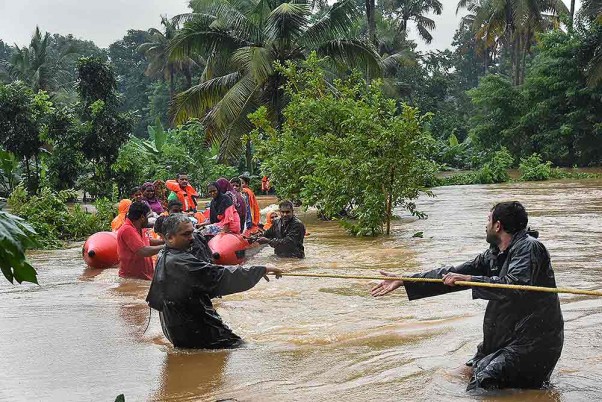 The lifeless bodies of a mother and her infant child recovered in a position holding their hands tightly left many a rescue personnel teary eyed at Kerala's Kottakkunnu, a hilly area which had been rocked by massive landslides two days ago.

It was believed that the woman, Geethu, 21, was lying with her one-and-half-year-old son Dhruv, holding his hand when the unexpected flood fury and landslide had swept them away on Friday afternoon.

After hours-long search, the bodies of Geethu, wife of Sarath, and the child were recovered by rescue personnel on Sunday.

It was heart-wrenching for local people and the rescue officials to see the bodies of the mother and child beneath the piles of mud and slush, their hands clasped together.

While Sarath had escaped unhurt, the body of his mother, Sarojini was recovered on Monday.

Sarath and family were staying in a rented house at Kottakkunnu, a fragile area in Malappuram, which had witnessed widespread destruction in the heavy rains and series of landslides last week.