The High Court’s decision on Daryaganj was not an act of civic hygiene or crowd control but a sheer cleansing of memory. 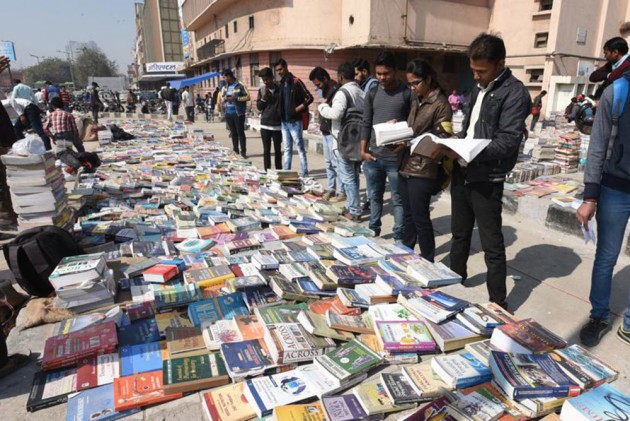 Memory is a crucial part of any imagination and the imagination of a city is bereft without memory. Between time, timetables and memory one constructs a map of the city, dotting it with remembrances. For me, a visit to the Daryaganj used books market was a visit to the landmark of city.

A Sunday visit to the bookshop always created both a sense of festival and adventure. Anticipating what one might find and the excitement of discovering what one did not expect added to one’s sense of achievement. No hunter with his kill could match the celebration of a book hunter.

Beyond fun, beyond the unexpected, it was a great subculture of books at a time when books were either inaccessible or expensive. Daryaganj was an affordable, accessible world, a little backwater of memories. Friends talked about their finds and the sense of mellow celebration was a source of comradeship. The Paisa Vasool feeling went beyond money to the sheer aesthetic pleasure of the book. I always felt Daryaganj was a complement to the universities of Delhi and JNU. Without Daryaganj, without coffee houses, Delhi becomes intellectually bereft.

I must say that I am no great admirer of Indian courts. They always struck me as institutions for prolonged delay, legal ways of making time crawl. The courts’ decisions on Bhopal, Narmada and other activist campaigns have been bereft of justice or compassion. But the court’s ruling on Daryaganj was particularly devastating. It destroyed a fairy tale part of the city. It was a tragedy where the “end” of the book and of storytelling was in sight.

How does one understand a decision like that of the Delhi High Court directing the New Delhi Municipal Corporation to ensure that these weekly bazaars are not permitted in the streets of Daryaganj? It seemed unfair and unimaginative and temporary congestion is a part of the festival we call India. It destroyed a sense of pilgrimage to a temple of books straddling Golcha cinema to Delite cinema. It was demolition of memories.

I immediately thought of some of the classic books I bought: my first Toynbee, an Ivan Illich, comic books I loved, a moth-eaten remnant of Levis Strauss Tristes Tropique. I was wondering whether the judges even walked the wayside shops there looking for an H.L.A Hart, a William Douglas or an M.C. Chagla or a book on Nuremberg. It is almost as if their desiccated lives had no place for a second-hand book. Offering an alternative place is not the answer. It confuses space and place. Daryaganj was a sensorium for book and book lovers. I wonder if erasing memory is ever regarded as a crime. The High Court’s decision was not an act of civic hygiene or crowd control but a sheer cleansing of memory.

As an act of welfare, as a celebration of knowledge, as a spectacle of life, the street shops of Daryaganj were historic. Of course, things change, especially in the middle class. I remember asking an academic whether his son would like to visit a book exhibition and he casually dismissed me saying, “Oh, I just bought him a Kindle for his birthday.” I almost felt angry with my colleague for amputating the boy’s childhood. An antiseptic Kindle feels inane next to a sense of a second-hand bookshop.

There is something about the court that does not love informal economies, whether it is craft, books or cloth. Yet an informal economy is like a riotous poem in its exuberance, in its fragility next to the formal economy which touts the civics, the prose of hygiene, public order and control. The book bazaar is seen as encroachment and yet few see the civic authorities or the court as an encroachment on life and livelihoods. I am waiting for a day the court reverses its judgment with a learned judge, stating how he found insights through two books he discovered at the Sunday market. I realize it will be a forlorn wait as modern governance is a Swacch Andolan against ideas and the gossip of ideas. The court forgets that Daryaganj helps keep Delhi literate by making literacy affordable and enjoyable. One wishes there was an anthropologist in the court to tell the honoured body how little it understands of the city and even less of rights. It is fairness and democracy that have both been impoverished today. The sadness of the courts’ judgments begins there.

(Shiv Visvanathan is an academic associated with the Compost Heap, a group in pursuit of alternative ideas and imagination. Views expressed are personal.)