"...the roads would be repaired in 15 days. They will be made 'chakachak' (pretty), like Hema Malini's cheeks, in 15 to 20 days," Madhya Pradesh minister P C Sharma said. 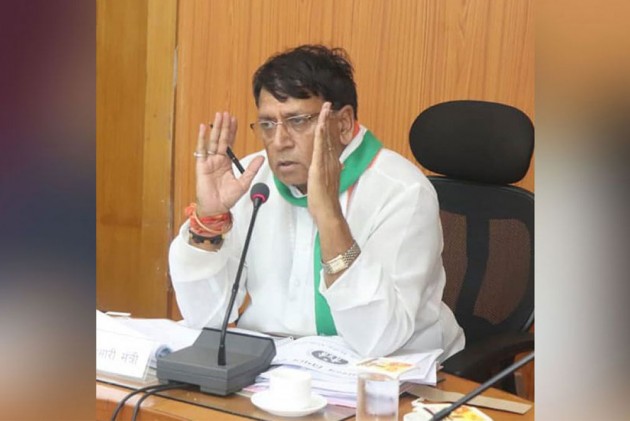 Madhya Pradesh minister P C Sharma has said the pothole-ridden roads in Bhopal would soon be made "pretty" like actor-turned-politician Hema Malini's "cheeks".

Expressing concern over the bad condition of roads, the state law minister said the roads have spots similar to small-pox, like "the (BJP general secretary) Kailash Vijayvargiya's cheeks".

"Under the leadership of Public Works Minister Sajjan Vermaji and directives of Chief Minister Kamal Nathji, the roads would be repaired in 15 days. They will be made 'chakachak' (pretty), like Hema Malini's cheeks, in 15 to 20 days," Sharma told reporters in Bhopal on Tuesday.

He was accompanied by minister Verma during inspection of a road near Habibganj railway station.

"Roads in the state were built like that of Washington and New York. What happened to these roads in just one rain (monsoon)? There are potholes everywhere," the minister said.

He was apparently referring to former chief minister Shivraj Singh Chouhan's remarks made two years ago, when he said the state's pathways were better than those in Washington.

"The Centre has not given a penny so far," he said.

Verma alleged that the BJP-led NDA government was discriminating against the Congress-ruled Madhya Pradesh.

Roads in several parts of the state are in a bad shape following heavy monsoon rains this year.

Verma earlier said the rain-affected roads in the state would be repaired by November 30.

He also said that the state government will also conduct an inquiry into the bad condition of roads.

"You (BJP) should be ashamed as these roads were built during your tenure. In a short span, the roads have got damaged. All this is due to corruption under the previous BJP government," he said earlier.