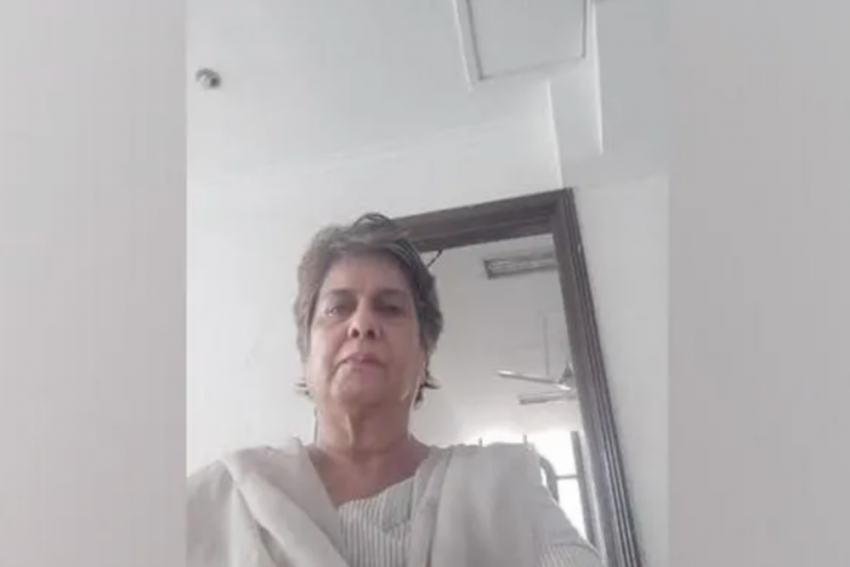 An official said that the police also recovered some of the robbed ornaments and other items worth Rs 33 lakh from the accused.

Kitty Kumaramangalam, 67, was smothered to death during an attempted robbery at her home in southwest Delhi's Vasant Vihar area on the night of July 6, police earlier said.

"Two accused were arrested by the Delhi police earlier during the investigation into the case. One of the absconding accused, identified as Suraj Kumar, 36, was arrested from the house of his in-law in Baldevpura village of Tikamgarh on Monday," Jatara police station in-charge Trivendra Trivedi said.

The police also recovered 522 gm of gold jewellery, 300 gm of silver ornmanents, besides diamond jewellery and other goods, estimated to be worth Rs 33 lakh, from the accused, he said.

After the arrest, the accused was handed over to the Delhi police, the official said.

Kitty Kumaramangalam, a lawyer, had been living alone in Delhi since the demise of her husband a few years ago.

P Rangarajan Kumaramangalam served as a union minister in the Atal Bihari Vajpayee government between 1998 and 2001. His son is also active in politics.