Bengal is ahead of other states on all development indices, says the Bengal CM 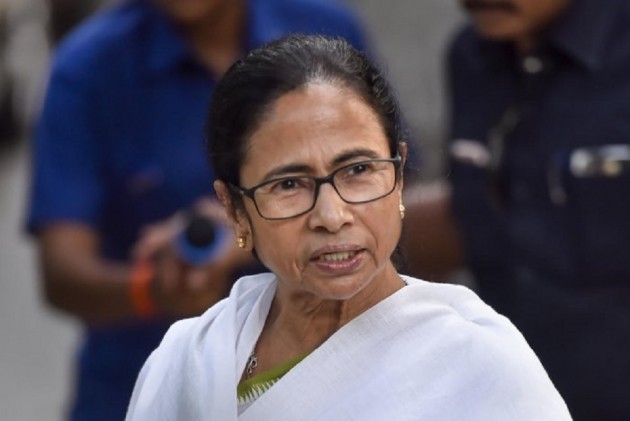 Slamming Union Home Minister Amit Shah for "deliberately trying to project a dismal and gloomy picture" of West Bengal, Chief Minister Mamata Banerjee on Tuesday contended that the state has fared well on all development indices.

Issuing a point-by-point rebuttal to assertions made by Shah against her dispensation, during his visit to Bengal last week, Banerjee cited NCRB data to state that political killings and other crimes have decreased in the last ten years under the TMC rule.

"When the home minister of the country says something, it should be backed by data, facts and figures. Bengal is ahead of other states on all development indices. I was challenged... so here is my reply," Banerjee said at a press meet here.

State Has Deviated From Path Of Development: Amit Shah At Bengal Rally

Kolkata has twice been accorded the ''safest city'' tag in the country, she said.

"BJP leaders, while pointing fingers at others, should also speak up against the Hathras rape-murder incident in Uttar Pradesh," Banerjee said, referring to the case of the alleged gang rape of a young woman in the saffron party-ruled northern state that sent shockwaves across the country.

On a lighter note, Banerjee said the Union home minister owes him a ''Dhokla'' treat as she has "proved him wrong by furnishing correct statistics".

"He (Shah) made Bengal seem like a land of nightmares. He made Bengal look like a state that is underdeveloped, with no jobs. Do you know what the situation was in Bengal 11 years ago? How can you compare?

"I have no objection with the truth, but if there is no truth to the criticism, I will challenge it. Amit Shah Ji owes me a treat. I love Dhokla and other Gujarati food," she quipped.

Rebutting claims that the state figured at the 20th position in industrial production, the feisty TMC boss said the data released by the Union government in July this year shows that the state holds the fourth rank in terms of industrial growth.

"According to Union government records, Bengal is at number one in poverty eradication. The state tops the list in providing 100-day work, rural housing, rural roads, and development in several sectors such as MSME, e-tendering and e-governance," she said.

Bengal's Gross State Domestic Product (GSDP) has increased by 2.6 times, Banerjee said, adding that more than one crore jobs have been created in the state during her 10- year-long regime.

"Tomorrow our primary education board will issue a notice for recruitment of 16,500 teachers," she maintained.

Speaking on Covid-19 management, she said, "We have a 95 per cent discharge rate. We have managed the Covid situation best in the country. All treatments have been provided free of cost."

The BJP leadership, however, refuted the claims and accused the state government of presenting "distorted facts".

"The state government presented distorted facts and figures. If she is speaking the truth about industrial development and growth, then why not come out with a white paper. What is stopping the TMC government from doing that?" state BJP's chief spokesperson Shamik Bhattacharya said.

Shah, during his recent two-day visit to the state, had criticised the state government over poor economic growth and worsening law and order situation.