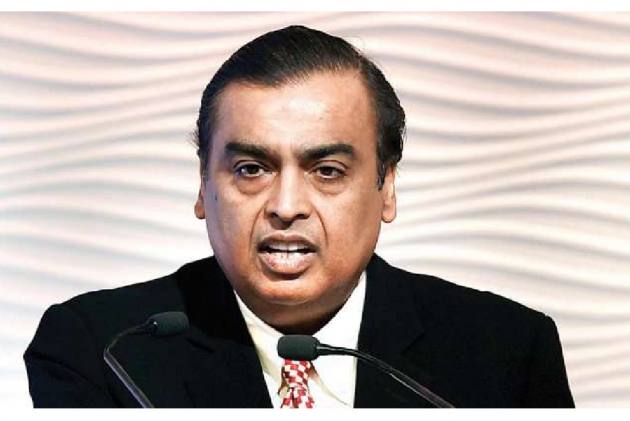 Reliance Industries Ltd announced a Rs 75,000 crore investment in new energy business over the next three years on Thursday, as the operator of the world's largest oil refinery shifts to a greener and cleaner version. As part of the business, Reliance would construct solar manufacturing units, a battery factory for energy storage, a fuel cell manufacturing facility, and an electrolyzer unit to make green hydrogen said Chairman Mukesh Ambani at the company's annual general meeting with shareholders on Thursday.

It will also invest in the construction of a carbon fibre mill and build 100 gigatonnes (GW) of solar power generation capacity by 2030. The corporation, which derives over 60% of its revenue from hydrocarbon-fueled energy operations, announced an aim of becoming a net-zero carbon company by 2035 last year - a shorter time period than many of its worldwide peers, including BP Plc and Royal Dutch Shell Plc.

This comes as energy behemoths throughout the world face increasing pressure to transition to a low-carbon future in order to protect the environment.

Saudi Aramco Chairman To Be On Board Of Reliance Industries

Last year, "I had announced our 15-year commitment to become net carbon zero by 2035. Today I am happy to present to you our ambitious strategy and roadmap for implementing this vision," Ambani, 64, said. "The age of fossil fuels, which powered economic growth globally for nearly three centuries, cannot continue much longer."

"Over the next three years, we will invest over Rs 60,000 crore in these initiatives," he said. "Reliance will thus create and offer a fully integrated, end-to-end renewable energy ecosystem."

The integrated solar photovoltaic Giga factory will create solar energy. It will use raw silica to make high-efficiency solar cells.

"Reliance will establish and enable at least 100 GW of solar energy by 2030. A significant part of this will come from rooftop solar and decentralised solar installations in villages," he said.

To store energy, thus generated, the firm will set up a factory to make advanced energy storage batteries.

Besides electricity, Reliance also intends to produce green hydrogen that can be used as fuel in automobiles.

It will set up a fuel cell factory that will use oxygen from the air and hydrogen to generate electricity. "The only emission of this process is non-polluting water vapour," he said.

Ambani said his oil-to-telecom conglomerate will invest another Rs 15,000 crore to provide infrastructure and utilities to manufacturing ancillary materials and equipment needed to support the four Giga factories.

"Thus, our overall initial investment from our own internal resources in the new energy business will be Rs 75,000 (over USD 10 billion) crore in three years," he said.

The company has started work on developing the Dhirubhai Ambani Green Energy Giga Complex on 5,000 acres in Jamnagar. "It will be amongst the largest such integrated renewable energy manufacturing facilities in the world," he added.

All of these, he said, together constitute architecture for India's decentralised green economy.

"With these new initiatives, Reliance will put Gujarat and India on the world solar and hydrogen map," he said. "All our products will proudly proclaim: Made in India, by India, for India and for the world!"

Also, Reliance is evolving a vision for new materials and green chemicals. "We will kick-start this by strategically investing in India's first world-scale carbon fiber plant for supporting our hydrogen and solar ecosystems," he said.

The oil-to-chemicals (O2C) unit of the group will use solar energy on an economically attractive basis to decarbonise and use green hydrogen and CO as raw materials to develop green chemicals, fertilisers and e-fuels.

"Third, we will commercialise with global partners our own world-beating proprietary multi-zone catalytic cracking (MCC) technology to optimise the fossil fuel transition to sustainable chemical and material building blocks," he said. "Thus, we will transform our legacy business into a sustainable, circular and net-zero carbon materials business."

(With inputs from  PTI)