The team consisting of two members of the CBI and officials of the other agencies has reached Dominica where Choksi's case will come for hearing tomorrow (local time) before the High Court of Dominica. 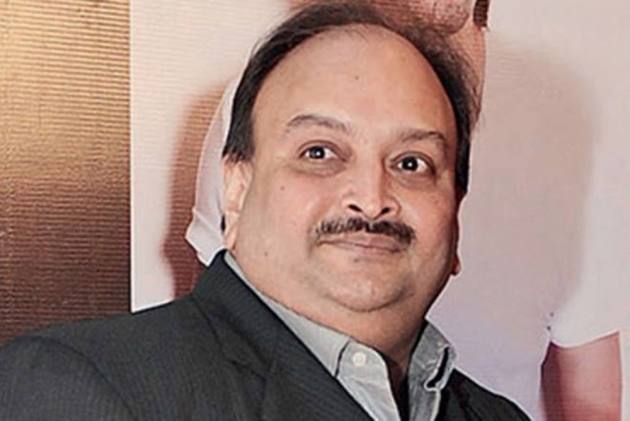 According to the officials, the team consisting of two members of the CBI and officials of the other agencies has reached Dominica where Choksi's case will come for hearing tomorrow (local time) before the High Court of Dominica.

Choksi, who mysteriously went missing on May 23 from Antigua and Barbuda where he has been staying since 2018 as a citizen was detained in neighbouring Dominica for illegal entry after a possible romantic escapade with his rumoured girl friend.

His lawyers alleged that he was kidnapped from Jolly Harbour in Antigua by policemen looking like Antiguan and Indian and brought to Dominica on a boat.

His pictures emerged from Dominca having red swollen eyes and body marks.

The Dominican government had issued a statement that it is ascertaining the status of his citizenship with Antigua and once confirmed, he would be deported there.

Antigua and Barbuda Prime Minister Gaston Browne had said Dominica and law enforcement agencies, unless the court rules otherwise, can deport him to India because he is an Indian citizen, Antigua News Room reported.

"The problem is if he is sent back to Antigua because he is an Antiguan citizen, even though his citizenship is unsettled, he is still enjoys constitutional and legal protections as a citizen. We have no doubt that his citizenship will ultimately be revoked because he did not disclose material of information," he said.

Spotting a window of opportunity in the arrest of Choksi in Dominica where he was "detained" for illegal entry, India dispatched a jet with documents related to cases against Choksy which landed at Douglas Charles Airport in Dominica on May 28.

The team of officers are in Dominica to bring back Choksi and coordinate with the local prosecutors to put forward its best case before the high court.

The team is arguing that Choksi continues to be an Indian citizen with an Interpol Red Notice against him.

Browne has also said that his citizenship is under contest in court as Choksi had not revealed complete information about him.

The duo allegedly bribed the officials of state run bank to get Letters of Undertaking (LoUs) on the basis of which they availed from overseas banks which remained unpaid.

The alleged corrupt officials did not enter these LoUs in the core banking software of the PNB thus evading any scrutiny. The non payment of these LoUs or bank guarantees worth Rs 13500 crore resulted in default and became a liability on bank.

Modi escaped to Europe and was finally held in London where he is contesting his extradition to India while Choksi took citizenship of Antigua and Barbuda in 2017 where he had been staying since his escape from Delhi.