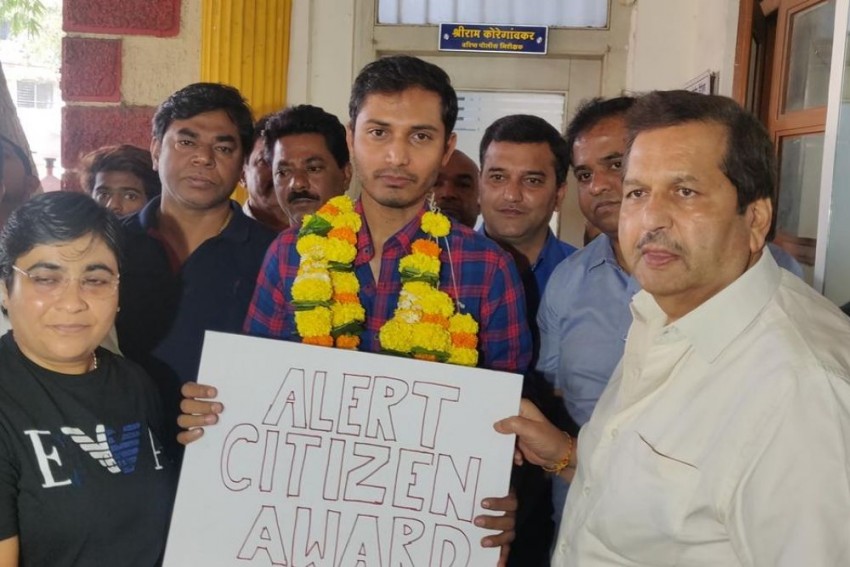 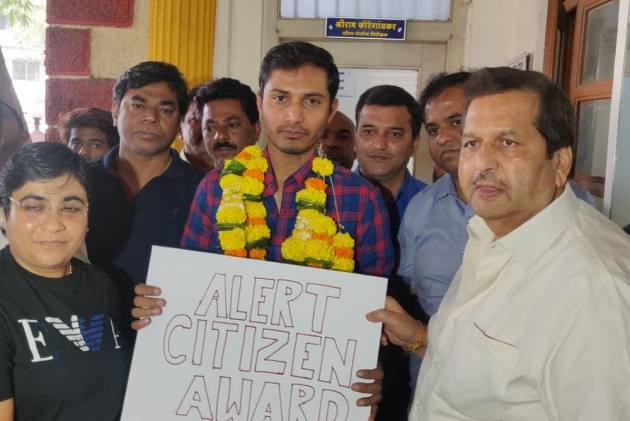 Mumbai BJP chief Mangal Prabhat Lodha on Saturday felicitated a cab driver who took a passenger to police station after overhearing a phone chat about the anti-Citizenship (Amendment) Act protests.

Lodha also accused the passenger, poet-activist Bappadittya Sarkar, of hatching an "ant-national conspiracy" against the CAA.

On Wednesday night, Sarkar was taken to police station by the driver of his Uber cab.

Sarkar, a resident of Jaipur who arrived in Mumbai on February 3 for a poetry reading session at the Kala Ghoda Festival, also took part in the ongoing anti-CAA-NRC protest at Nagpada in Mumbai.

On Wednesday night, while traveling by an Uber cab, he was discussing protests against the CAA with a friend on phone.

Overhearing the chat, the cab driver summoned policemen and urged them to arrest Sarkar. Sarkar was taken to a police station and allowed to leave after an inquiry.

The driver allegedly told Sarkar that he should be thankful that he took him to police station and not somewhere else.

Sarkar later commented that the driver's aggressive behaviour and violent language reflected the atmosphere in the country.

The 23-year-old poet also said that despite the ordeal he faced, he was not going to lodge a complaint against the driver as it might ruin his career and life.