In India, hospitals are also tinder boxes where the lack of fire safety measures snuff out life. 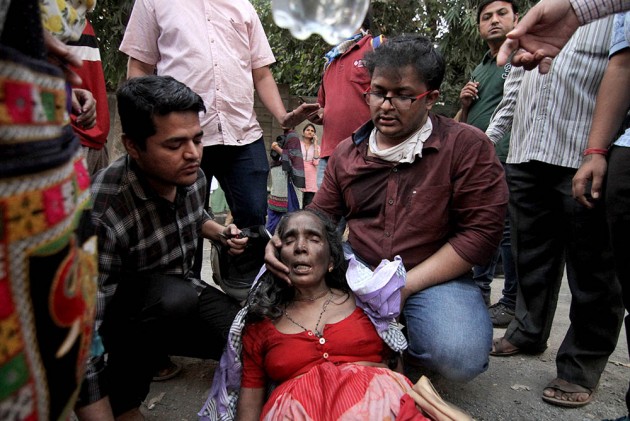 India’s fire safety mechanism is on life support. If you needed more proof of its ailing, malfunctioning state, you need not look further beyond Mumbai where a deadly blaze at a hospital killed at least eight, including a six-month-old baby on Monday.

Hospitals are places where those sick and infirm seek another shot at life following medical intervention. In India, though, hospitals are also tinder boxes where the lack of fire safety measures snuff out life.

Mumbai’s government-run ESIC Kamgar hospital isn’t the only hospital to have been ravaged by a fire. Some seven years ago, a blaze swept through Kolkata’s AMRI hospital and killed more than 90 people, including dozens of ageing and immobile patients who did not even have the physical strength to attempt an escape.

Two years ago, in 2016, another fire killed over 20 patients undergoing treatment at the SUM hospital in Bhubaneswar.

Accidents are inevitable and even first-world countries with the most well-laid out fire safety measures suffer them from time to time. But what compounds the tragedy in countries such as ours is the lack of impunity with which norms are flouted. Those administering hospitals often look for shortcuts to maximise profits, ignoring the electrical short circuits that trigger infernos. It is the wilful negligence that makes the accidents here reek of criminality.

A lot has been written about the callous behaviour of AMRI authorities. Combustible materials were stored in the basement in contravention to rules and to save costs on storage. And when the fire started, the guards were the first ones to run leaving behind locked exits and stranded patients.

Bhubaneswar’s SUM hospital too had allegedly fared badly on the humanity scale. The management placed scant attention to the safety of patients and the hospital was operational despite failing a mandatory fire safety audit.

The aftermath of all the hospital tragedies have no less been heart-breaking. Assurances of bringing the guilty to book were quickly forgotten and the families of the victims have all but been left to the lurch. Those running AMRI are out on bail and the hospital is back to doing roaring business. In a country where health infrastructure is inadequate, there is no dearth of patients for what outwardly looks to be a swanky state-of-the-art hospital, irrespective of its track record.

SUM hospital has also been a beneficiary of people’s desperation for medical assistance. The hospital is back to doing brisk business. Following a brief stay in jail, the owner is back too as one of the most influential persons of the state, running a slew of educational institutions, a newspaper and a television channel. Given his clout and influence, ruling politicians have not bothered him much. If anything, they have helped him to be quickly rehabilitated in public esteem.

Given the precedents, there is nothing to suggest that the final outcome of the outrage that is likely to follow the Mumbai hospital tragedy will be any different. Some officials will likely go to jail for a few days and a few fire officials will temporarily be suspended. It would thereafter be business as usual and hospitals will continue to be death Traps.