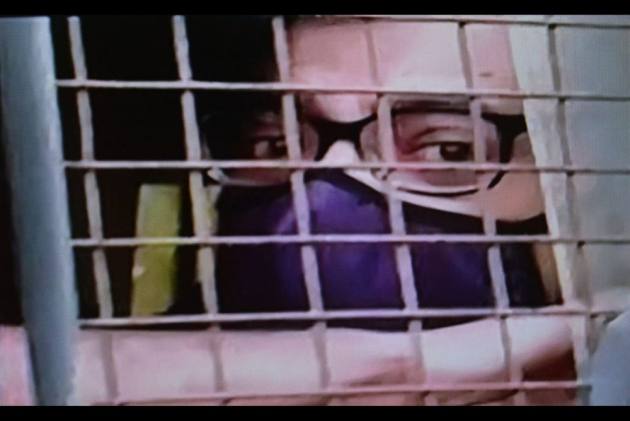 The Mumbai Police on Wednesday morning raided the home of Republic TV owner and Chief Editor Arnab Goswami. They took him to their crime branch office.

Republic TV slammed the move for "parading the editor of a top Indian news channel like a criminal, pulled by the hair, threatened, not allowed to drink water".

Goswami alleged that he was physically assaulted by the cops. Visual flashed on Republic TV showed Goswami being forced into a police van.

He has been arrested for allegedly abetting the suicide of a 53-year-old interior designer, say police.

Union Cabinet Minister Smriti Irani condemned the arrest of journalist Arnab Goswami, saying if those in free press don't stand up in support of him then they are tactically in support of fascism.

Those in the free press who don’t stand up today in support of Arnab, you are now tactically in support of fascism. You may not like him, you may not approve of him,you may despise his very existence but if you stay silent you support suppression. Who speaks if you are next ?

Interior designer Anvay Naik and his mother Kumud Naik were found dead at their bungalow in Alibaug in May 2018. Naik’s daughter Adnya claimed non-payment of dues by Republic TV had driven her father and grandmother to suicide.

The official said a team of Alibaug police picked up Goswami from his residence in Mumbai.

In May this year, Maharashtra Home Minister Anil Deshmukh had announced that a re-investigation has been ordered on a fresh complaint by Adnya Naik, daughter of the architect Anvay Naik.

Deshmukh had said Adnya alleged that the Alibaug police had not investigated the alleged non-payment of dues from Goswami's channel, which she claimed drove her father and grandmother to suicide in May 2018