Munger will get a new DM and a Superintendent of Police on Thursday itself, says EC. 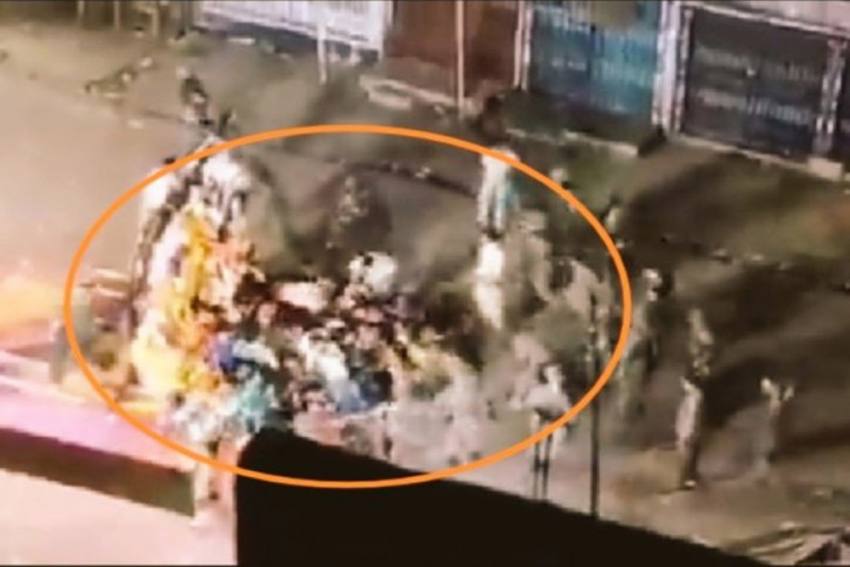 The Election Commission Thursday ordered the immediate removal of the district magistrate and the superintendent of police of Munger over violence during Durga idol immersion that had left one dead and scores injured, officials said.

The poll panel has also ordered an inquiry into the incident by Magadh divisional commissioner Asangba Chuba Ao, an Election Commission statement said.

The probe has to be completed within a week.

Rajesh Meena is district magistrate and Lipi Singh is SP of Munger.

The EC statement said Munger will get a new DM and a superintendent of police on Thursday itself.

One person was killed and over two dozen others, including security personnel, were injured in firing and stone-pelting during Durga idol immersion late on Monday night.

Meanwhile, Munger witnessed violent protests on Thursday too when agitators ransacked the SP's office and torched a police outpost over Monday's incident.

They burnt tyres near Rajiv Chowk in Munger town demanding action against the SP and the police personnel responsible for allegedly opening fire during the idol immersion procession.

The RJD-helmed Grand Alliance has strongly criticised the Monday incident, likening the district police with General Dyer of infamous Jallianwala Bagh incident in Punjab during British rule on April 13, 1919.

IPS officer Lipi Singh is the daughter of RCP Singh, the JD(U) leader in the Rajya Sabha.