Kamlesh Tiwari, 43, was killed at his residence in Khurshid Bagh in Lucknow on Friday. His throat was slit and he was shot multiple times. He died on the way to a hospital. 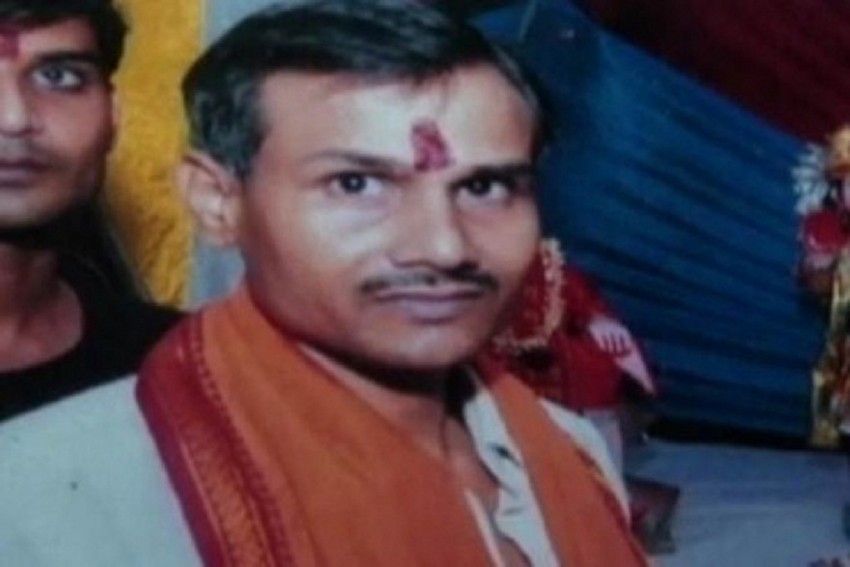 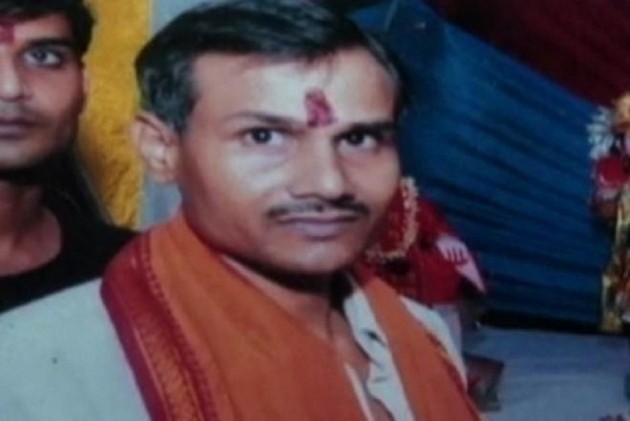 Satyam Tiwari, the son of murdered former Hindu Mahasabha President Kamlesh Tiwari, said that he wants the NIA to probe his father's killing as he does not trust police investigations.

"My father was killed even though he had security guards. How can we trust the police that did nothing to avert the killing?" Satyam questioned while addressing the media in Sitapur on Saturday night after Kamlesh Tiwari's cremation

He added that the family will meet Chief Minister Yogi Adityanath on Sunday and request him to consider the National Investigation Agency probe into the murder.

Kamlesh Tiwari, 43, was killed at his residence in Khurshid Bagh in Lucknow on Friday. His throat was slit and he was shot multiple times. He died on the way to a hospital.

The Uttar Pradesh Police on Saturday had claimed to have cracked the murder case after detaining five persons in the state and also in Gujarat.

The police said the conspiracy to kill Kamlesh Tiwari was hatched in Surat as the suspects were upset with the derogatory remarks made by him against Prophet Muhammad in 2015.

The Gujarat Anti-Terrorist Squad (ATS) has also nabbed three persons from Surat in connection with the murder.

On Saturday night, the ATS Maharashtra arrested another man from Mominpura locality in Nagpur.

An ATS official said the arrest was made on the basis of leads provided by the Uttar Pradesh Police. However, he did not reveal the identity of the arrested person.

Kamlesh Tiwari's mother, Kusum Tiwari, meanwhile, has demanded action against the Lucknow police that beat up the sons and wife of the deceased when they tried to prevent the cops from taking the body to Sitapur on Friday night after the post-mortem.

She als accused a BJP leader Shiv Kumar Gupta for her son's murder. "Nobody asked me about my suspicion and complaints. When I was asked what I wanted from the government, I replied that I just want the body of my son," she told the media.

"Police must interrogate Gupta, a resident of Thatheri, and a mafia having over 100 cases against him. Gupta got my son murdered over a dispute regarding construction of a local temple."

Gupta has denied all the allegations and said that he was on good terms with Kamlesh Tiwari.

Uttar Pradesh Director General of Police, O.P. Singh said he has not received any such complaint from the family.

Meanwhile, Tiwari's mortal remains were cremated at his ancestral village in Sitapur on Saturday night.

The family agreed to conduct the last rites after senior officials gave assurance to consider all their demands.

The demands included a meeting with Adityanath, providing job for the eldest son, a house, security for the family and an inquiry into the complete incident.