Home  »  Website  »  National  »  'Muslims Can't Be Left Out Of CAA': Akali Dal Not To Contest Delhi Polls Over Differences With BJP

'Muslims Can't Be Left Out Of CAA': Akali Dal Not To Contest Delhi Polls Over Differences With BJP

The BJP ally said it has decided not to contest the polls after the saffron party asked it to reconsider its stand on the CAA. 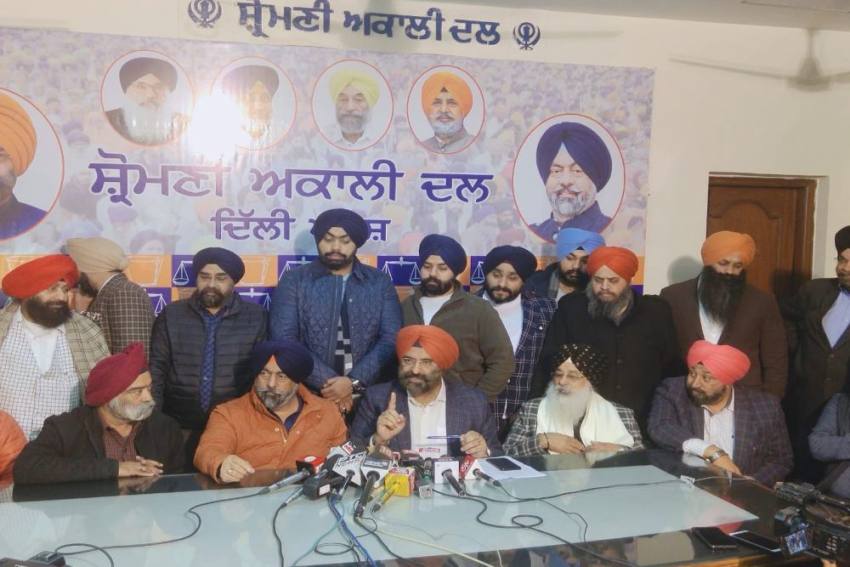 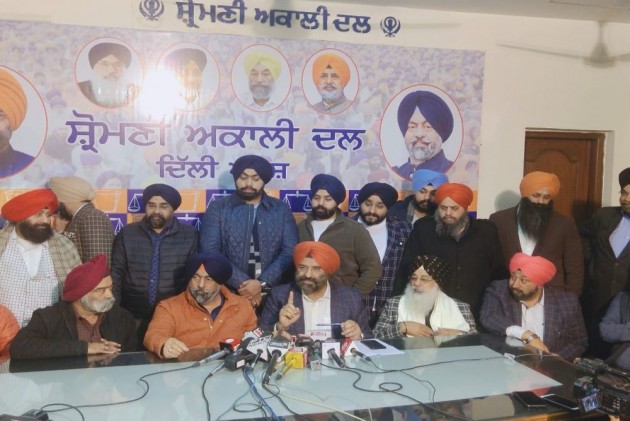 A day before the nomination process for the Delhi Assembly polls ends, the Shiromani Akali Dal on Monday said it will not contest the elections as it was asked by its ally BJP to change its stance on the Citizenship Amendment Act, which it has vehemently refused.

The SAD has following in many Sikh-dominated seats like Kalkaji, Tilak Nagar, Hari Nagar and Rajouri Garden in the city.

Addressing a press conference here, SAD leader Manjinder Singh Sirsa said during three poll-related meetings with the BJP, his party was asked to consider its stand on the CAA.

"During our meeting with the BJP, we were asked to reconsider our stand on the CAA but we declined to do so. The Shiromani Akali Dal is of the firm stand that Muslims cannot be left out of the CAA."

Sirsa, though a SAD leader, had contested the 2017 bypolls from the Rajouri Garden seat on a BJP ticket and he had won it.

He said his party is also "strongly" against the National Register of Citizens (NRC).

Delhi BJP chief Manoj Tiwari, commenting on the development, said it is the SAD's stand not to contest the elections.

"The Akali Dal is one of our oldest allies. It has also supported us in Parliament over the citizenship law. If they do not want to contest elections, it is their stand," Tiwari said without commenting further.

Sirsa declined that his party's decision was prompted by non-acceptance of their seat-sharing formula by the BJP.

The SAD had been traditionally fighting on four of the 70 seats -Shahdara, Kalkaji, Rajouri Garden and Hari Nagar - in Delhi Assembly polls in alliance with the BJP.

In 2013, the SAD had won three of the four seats but failed to win even one in the 2015 assembly elections.

"The problem is the CAA, not the number of seats. We are not against the CAA but our stand is that Muslims should be part of it," Sirsa said.

He said no discussion over seat-sharing took place during meetings with BJP leaders.

In Chandigarh, senior SAD leader and party spokesperson Daljit Singh Cheema said, "At the last moment, they are now telling us to reconsider our stand on the CAA. We have already made it clear on a number of occasions that Muslims too must be included in the CAA".

"Our stand is clear, but they (BJP) have some problems with that. Our party is nearly a 100 year-old outfit, which is based on some principles and we have some history. On the CAA, we have a stand and we have a right to have a separate stand. We cannot surrender that right," hee said adding that the party believed in secularism and cannot go outside that.

"Even in Parliament, in the Punjab Vidhan Sabha and in the public, our stand was clear. We supported the CAA but at the same time made it clear that Muslims too should be included," Cheema said.

Cheema also responded to the remarks reportedly made by senior Punjab BJP leader Master Mohan Lal that the saffron should go alone in the 2022 state assembly polls.

"This is not a good thing, not just Master Mohan Lal, but some other state unit leaders of theirs have been making such statements in the media. Our party feels that some of their leaders through such public statements make an attempt to browbeat an alliance partner, which is not right," he said.

The Punjab Assembly on Friday adopted, by voice vote, a resolution seeking immediate repeal of the controversial Citizenship Amendment Act, the second state in the country to do so.

Home Ministry Confirms It Has No Information On ‘Tukde Tukde’ Gang, Activist To Explore Legal Options