My Father Was Fine Before Vaccination: Moradabad Ward Boy's Son

Vishal spoke to Outlook and accused the district health administration of gross negligence in providing emergency care to his father. 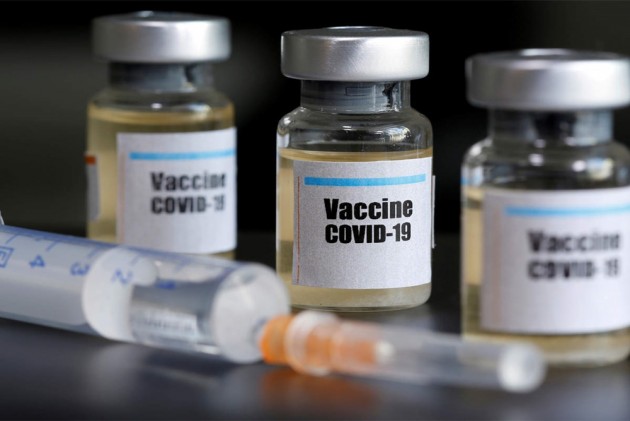 Vishal Singh, Mahipal Singh’s elder son has blamed the vaccination as the only reason for his father’s death. Mahipal Singh, a ward boy at the Moradabad district hospital died about 30 hours after he received the Covishield vaccine.

Vishal spoke to Outlook and accused the district health administration of gross negligence in providing emergency care to his father.

Q: The additional CMO of Moradabad has said that your father Mahipal Singh died of heart attack and it has nothing to do with the vaccine, Covishield that he was administered. What do you have to say?

A: My father was completely fine before he took the vaccine. He went to the District Male Hospital in the morning as usual on January 16. Around 12.30pm, when I was at home he called me from the hospital and said that he would be going for vaccination. He asked me to come to the hospital to pick him up as he said that he would not drive once he took the shot. I took my bike and reached the hospital. Around 2pm, when he was released, he was not normal at all. He was restless, breathing fast and asked me to take him home as soon as possible.

Q: Why did you take him home when you didn’t find him in good health?

A: My father works as a ward boy in the same hospital. I know he understands medical issues better than me. I thought he must have consulted the doctor. I asked him if he was all right but he told me that he wanted to go home fast. I thought the doctor might have advised him to take rest. So I took him on my bike and brought him home.

Q: How was his condition when he reached home?

A: He was not well. He was still breathing fast. He asked for lukewarm water. We also offered him tea. I asked him to take a blanket and sleep as I thought he might be feeling cold. After that, I left home for some other place for a day. I didn’t realise that it would aggravate so much.

Q: Did he get fine later on? When did his health condition deteriorate again?

A: My mother and my younger brother were at home. I was in touch with my mother. She told me that he remained restless and uneasy. He asked my mother to be around and gave her hot oil massageon the chest and various body parts the whole night. In the morning he developed 101 fever. My mother called me at the helpline number 108 but they asked all stupid questions like how he was feeling, describe his problems etc. The helpline was useless. They didn’t take it seriously. They neither sent anyone home for any thorough check-up.

Q: Since your father was a ward boy, he might have access to many doctors in the hospital. Why didn’t he speak to anyone and get medical advice?

A: I don’t know but my mother said that he spoke to some people but he didn’t get any help. I don’t know whether he took any medicines. Since he himself worked in the hospital, we thought he was in a better position to understand health issues. Then the next day (January 17) in the afternoon, my mother called me that his condition was serious. I reached home around 5pm and called 108 but they didn’t send me an ambulance. I gave them complete address but they couldn’t locate me. I took a private taxi and took my father to the district hospital.

Q: The additional CMO said that he was brought dead to the hospital. Is he right?

A: You will be shocked to know that when we reached the emergency ward, there was no one to attend my father. I was not in a position to judge whether he was alive or not. My younger brother and I took a stretcher lying there, kept my father on it with the help of others and took him to the emergency ward. I was surprised that there was no one to put him on oxygen. It was an appalling situation. I was crying "papa" "papa" only. I cried to the doctors to help. He was not even attended to when we reached the hospital.

Q: Do you think he died because of the vaccine?

A: I am not a medical expert but the way his health deteriorated, I think it is due to the vaccine. He was perfectly all right before that.