My Parents Beheaded My Wife, Hang Them: A Govt Consultant’s Plea To UP Police

TISS alumnus Narendra Verma, 31 says his parents hated his wife Arundhati Verma ever since he married her in May 2013 when she was his girlfriend. 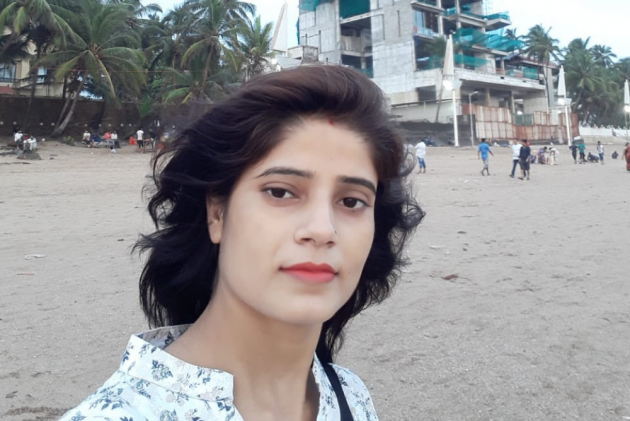 31-year-old Narendra Verma, a resident of Lakhimpur Kheri in Uttar Pradesh, has accused his parents of hatching a conspiracy along with other family members and beheading his wife Arundhati Verma in a gruesome crime.

Verma is an alumnus of Tata Institute of Social Sciences and currently works as a consultant in the Union Ministry of Micro, Small and Medium Enterprises and Department of MSME and Export for Government of Uttar Pradesh.

Verma now wants police to make it a case of rarest of rare crime which invites a death sentence.

Verma got married to his girlfriend in May 2013 and since then his parents started disliking the couple as the girl was not of their choice. They wanted Verma to marry somewhere else.

“I left the village with my wife and stayed in different cities like Delhi and Lucknow depending on my work. Since I had very minimal interaction with my parents, the differences never escalated. But they always expressed their vengeance against my wife whenever they got the opportunity,” Verma said.

However, on March 24 this year, Verma moved to his village for the Holi celebration and by the time he planned to move out, the second wave of Covid-19 hit the country. Due to restrictions, he stayed back in the village and opted for work from home.

According to Verma, he could sense the uneasiness and extreme hatred of his parents towards his wife but he had never thought that they would become so cruel to her that they would eventually butcher her to death.

“They pre-planned her murder but committed it in such a way that it looked like an altercation leading to sudden provocation for the crime,” Verma alleged adding that his parents were looking for an opportunity to find his wife alone at home to kill her.

On July 10, when Verma went for a morning walk, his neighbour immediately informed his father who had already left for his work. He soon came back and first sent Verma's mother allegedly to pick a fight with the wife on some trivial issue. Very soon, they entered into a heated argument.

“Waiting for this opportunity, my father brought a sharp axe and hit it on my wife’s neck. At the same time, my brother also attacked with a chopper. She remained helpless all this while,” Verma alleged.

He added, “She fell on the ground and died on the spot. The post-mortem has confirmed that she has been murdered in the most heinous manner.”

The local police have lodged an FIR and arrested the parents but Verma alleged that the police seem to be of the view that the murder is an act of sudden provocation due to an argument between his wife and parents.

“They were very well aware that if they commit this evil act under the garb of sudden provocation, they will get away with only a few years in jail. But that’s not the case. It is a pre-planned murder in a most horrific manner,” Verma said.

He has strongly made a plea to the police to make a case of capital punishment for his parents so that "they should be hanged to death for their monstrous and despicable act," Verma said.