My Phone Is Being Tapped By Central Agencies: Mamata Banerjee

Mamata Banerjee has accused several Hindutva organisations including the RSS of hatching a conspiracy in the wake of the Pulwama attack to create divisions in the country, including in her state. 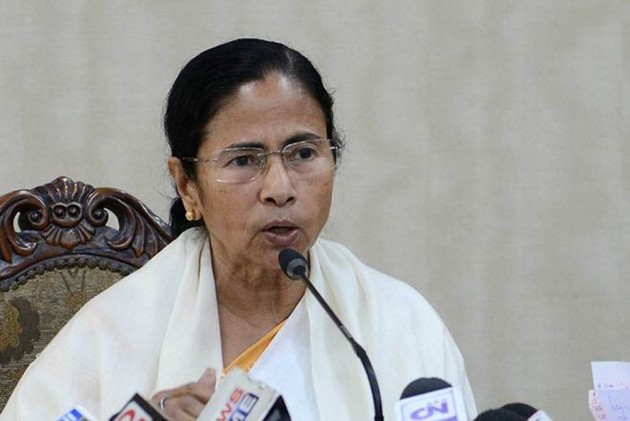 While reacting to the Pulwama terror attack, West Bengal Chief Minister Mamata Banerjee on Monday said that her phone is being tapped by Central agencies.

The Trinamool Congress chief also asked why the Narendra Modi-led Central government had not taken action on intelligence reports that a terror attack could take place before the Lok Sabha elections.

"The Government had inputs from intelligence agencies on February 8 that such attacks might happen before elections. Why no action was taken? Why was the convoy of 78 vehicles allowed?... I also have intelligence reports that my phone is always tapped, as you all know," she said.

Mamata Banerjee on #PulwamaAttack:The Govt had inputs from intelligence agencies on Feb 8 that such attacks might happen before elections. Why no action was taken? Why 78 convoys were still allowed?...I also have intelligence reports that my phone is always taped, as you all know pic.twitter.com/KulUn9oUNe

Banerjee also accused several Hindutva organisations including the RSS of hatching a conspiracy in the wake of the Pulwama attack to create divisions in the country, including in her state.

"In Hooghly's Srerampore, they intervened in a community celebration. RSS workers are outsiders and they do not belong to Bengal. They are creating a riot like the situation between Hindus, Muslims, Sikhs and Christians.

Banerjee said it's a ploy to spread communal violence.

"It is a gameplan to spread communal violence. No one should fall in this trap. I have also heard that the RSS is forcing people to wear a burqa and pose as child lifters.

"Rumours are being spread and some incidents have taken place in Kolkata as well. This is being done by the RSS, the BJP and the VHP, they only spread violence."