'PM Modi, Amit Shah used Pegasus as weapon against India and its institutions; this is treason,' Rahul Gandhi said. 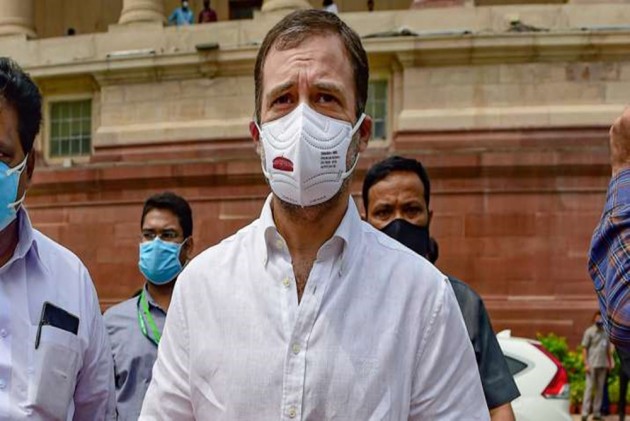 Congress leader Rahul Gandhi on Friday lashed out at the Modi government over the Pegasus spying row, saying the Israeli software was used to attack the institutions of the country by the BJP.

Addressing the media, Rahul said that his phone was also tapped and demanded a judicial investigation into the entire episode. He also sought Home Minister Amit Shah's ouster.

“PM Modi, Amit Shah used Pegasus as weapon against India and its institutions; this is treason,” Gandhi said.

"I am not a potential target. My phone is tapped, it is clearly tapped. Not only this phone, all my phones are tapped," NDTV quoted him.

"I get phone calls from IB (Intelligence Bureau) people who tap my phone. My security people tell me they have to debrief what I say. I am in no pretensions that I am tapped," said Gandhi.

"I am not afraid. I don't get intimidated. In this country, if you are corrupt and a thief, you will be afraid. If you are neither of those, you have nothing to be afraid of," he said.

He sought to know from the government if hackings were done on the direction of the Modi government and if not why isn't the government ordering an enquiry to find the people or organizations behind the spying of Union Ministers, judiciary as also many opposition leaders.

"Pegasus is classified by the Israeli state as a weapon and that weapon is supposed to be used against terrorists. The Prime Minister and Home Minister have used this against the Indian state and against our institutions," Rahul said.

"It is an attack on the democratic foundations of our country. It must be thoroughly investigated and those responsible be identified and punished," he said.