‘My Son Is A Tough Man, Not Easy To Break Him’: Umar Khalid’s Father

Former JNU student leader Umar Khalid was arrested by Delhi Police under various provisions of the Unlawful Activities Prevention Act (UAPA) after being questioned for over 11 hours in relation to the Delhi riots case. 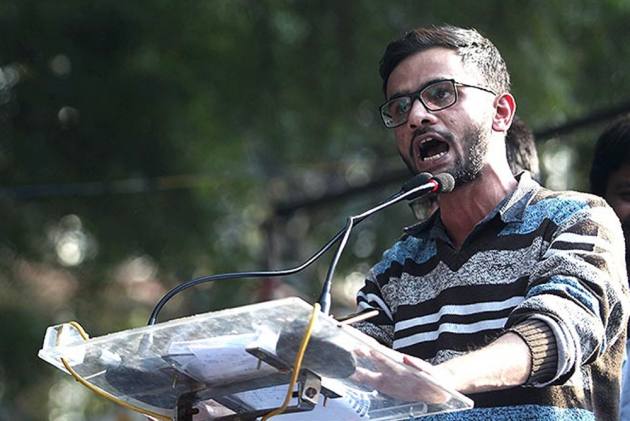 “It’s going to be a long battle for justice. But we will fight it out,” said Umar Khalid’s father Sayed Qasim Rasool Ilyas after his visit to the office of Delhi Police special cell on Tuesday evening.

Former JNU student leader Umar Khalid, who was arrested by the Delhi Police special cell on Sunday night, is in police custody for 10 days, as directed by a court.

Ilyas told, “I couldn’t meet Umar, but his counsel has spoken to him about legal matters and he is doing fine.”

He added, “After 10 days, they may either extend the remand or send him to jail.”

Delhi police arrested the 33-year-old political activist for his alleged role in the conspiracy behind the North-East Delhi riots that rocked the city in February.

Khalid was arrested by the police under various provisions of Unlawful Activities Prevention Act (UAPA) after being questioned for over 11 hours on Sunday. Ilyas said that the family knew the arrest was coming and they were prepared for it and Khalid too was anticipating it since the police filed FIR in March against him in connection with the Delhi riots.

“It is a fight to protect the fundamental rights of the citizens. We are aware that we will have to face the consequences and we are ready for that,” said Ilyas. He added that he is proud of his son, who is a Ph.D. scholar from Jawaharlal Nehru University (JNU).

His mother Sabiha Khanum and sisters provide solid support to Khalid in his struggle.

“My son is fighting to protect the constitutional values and for a better country. We have always stood with him,” said Ilyas, who is a member of All India Muslim Personal Law Board (AIMPLB).

The activist’s father slammed the police’s claims of accessing 40 GB of data from Khalid’s mobile phone, which runs into 11 lakh pages. The court on Monday granted the police 10 days’ custody of Khalid on the ground that they need to question him with the ‘voluminous data’.

“The police say that they require 10 days because they possess 11 lakh pages of data to confront him with. They may need a good number of people to read such data. The whole case is fabricated,” he alleged.

The family is aware that it’s going to be a long battle for justice. But they have seen tougher times when Khalid was involved in the 2016 (JNU) sedition case.

“It was a harrowing time for us. The police said that Umar made several trips to Pakistan and other places. He didn’t even have a passport then. Still, nothing has come out in the court. The case is still hanging. It’s unfortunate the agencies and the police have become the part and parcel of the government,’’ he said.

The arrest of Umar and other activists under UAPA is a ploy to protect the real culprits, who instigated the violence, that left 53 people dead and many injured, he said while expressing his concern over the manner in which activists have been arrested recently.

“Everyone knows that who orchestrated the Delhi riots. Now they are trying to implicate some activists who were protesting against Citizenship Amendment Act (CAA) and National Register of Citizens (NRC). By doing this, they are diverting the real issue to protect the culprits behind the violence,” said the 66-year-old father.

He added that by arresting Umar Khalid and other activists, the government wants to send a message to the anti-CAA protestors so that they won’t come out in the streets in the future. It’s a wrong assumption.

“The government thinks that by arresting the protestors, they will be able to stop the anti-CAA movement in the future. The entire movement was not sponsored by any individual or organization. It was a people’s movement led by the youth and women. In future also, people will come against the anti-people law,” he said.

The country witnessed mass protests against the new citizenship law which was passed by the Union government in December last year.

Ilyas also snubbed the multiple charge sheets filed against Khalid allegedly for conspiring riots. One of the FIRs reads that Khalid met other accused people on January 8 and hatched plans for riots during US President Donald Trump’s visit to India.

However, Ilyas points out that media report of the Trump visit only came out in January 13. “I think the police didn’t do the proper homework. How would the alleged conspirators know about Trump's visit even before the government making it public? It’s ridiculous,” he said.

In its FIRs, the police have also named Khalid as the key conspirator behind the violence, citing his speeches at various places. Ilyas contends that Khalid’s speeches are in the public domain and he hasn’t made any calls for violence in those speeches.

“The speech, which is referred to in the charge sheet is in the public domain. The content is out there and anyone can check the veracity of the claims,” he said.

He also refutes police claims of Khalid’s meeting with PFI members and hatching conspiracy. “The allegation of Khalid’s collusion with the PFI is fabricated and baseless. He didn’t meet anyone,” he adds.

The police also cited the disclosure statements of the accused persons to implicate Khalid, he said.  “Umar has written to the Delhi Police Commissioner last week that one of his acquaintances is being pressurized by the police to give submission that Umar was responsible for the violence”.

The father also said that it’s unfortunate that a stringent law like UAPA is being slapped on young people when the government lacks evidence to frame them.

“The government applied draconian provisions of the law to arrest Khalid. It clearly shows that they don’t have enough evidence to frame him and they want to prolong the case by doing this,” he said.

“In Bhima-Koregaon case, they arrest a new person every now and then and ask for more time to delay the investigation. The police are following the same pattern here. That’s why they are naming many prominent people in the charge sheet,” he said and accused that a section of media is also helping in the witch hunt by the police.

However, Ilyas doesn’t believe that Muslims alone are targeted in the case, though Muslim community bore the brunt in the riots. “Many Hindus are also named in the probe,” he said.

“We will counter all accusations against Umar in the Court. Umar is a tough man. It’s not easy to break him,” said Khalid’s father.