'My Son's Suicide Was The Darkest Moment In My Life': Kabir Bedi On His 'Rise, Ruin And Ressurection'

In an interview with Outlook, about his autobiography ‘Stories I Must Tell’, actor Kabir Bedi shares some highs and lows of his life including interviewing The Beatles and the suicide of his son. 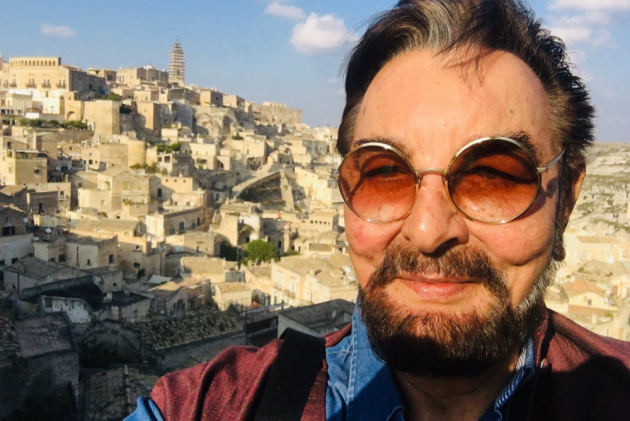 His autobiography, ‘The Stories I Must Tell’, says Kabir Bedi, is about his 'rise, ruin and resurrection'. One of the most flamboyant film stars of India, Bedi has lived a roller-coaster of a life, whose ups and downs were the talk of the town. Bedi did not just make his mark in Bollywood with films like Khoon Bhari Maang and Hollywood ( remember Octopussy?), he also went on to be named Cavaliere (Knight) of the 'Ordine al Merito della Repubblica Italiana', the highest-ranking civilian honour of the Italian Republic, for his contribution to Italian cinema.

In an interview with Outlook, about his autobiography ‘Stories I Must Tell’, Bedi shares some highs and lows of his life including interviewing The Beatles and the suicide of his son, and talks about some of his favourite writers.

Among the many jobs you’ve had, your first was that of a journalist. How did you get into this profession?

Hollywood Devastated Me, Italy And India Resurrected Me: Kabir Bedi

It was a brilliant experience. I was freelancing with All India Radio (AIR). The thing is, I had very idealistic parents, who fought for the Independence of the country, who worked for refugees. But they did not have any money. So I had to literally work my way through college. I used to study during the day and would read English news on the external services of AIR at night.

And then one fine day, you went on to interview the Beatles?

Yes, when the Beatles came into town, I told my boss that I wanted to interview them. I was a huge fan of them. I was asked, ‘But how would you ever get to the Beatles? The whole daily press corps wants to do this.’ I just asked for one chance. They gave me the press badge and a tape recorder, and I went to the hotel where the Beatles were staying.

That was a magical interview, a really life-changing experience for me, for the thrill it gave my 16-year-old self of interviewing the biggest band and all that.

How did you make the transition from a journalist to an actor?

When I went to AIR to get a copy of the interview I found that they had erased it after broadcasting it because they had no money and they had to reuse tapes. And I was so shattered by that experience that it made me reevaluate whether I wanted to work with these people. And that act of insensitivity made me leave Delhi with 700 Rs in my pocket to seek out my future in Bombay of the time, of course, that led to Bollywood, Hollywood, Europe, and all kinds of things. So, in a strange way, in retrospect, I must thank them for their insensitivity.

Very few people know that I've actually worked in advertising for five years before I became an actor. I worked at Lintas, Ogilvy and Mather. My great good fortune was that Alque Padamsee was my boss and he cast me in Girish Karnad’s great play Tughlaq. It was a big, big hit. And straight after that came Bollywood offers.

So I really must thank Bollywood for getting me known through my first few big hits because that led to the Italian discovery. But of course, it was a huge decision for me to leave the security of the corporate world, where I was doing pretty well, and enter the uncharted waters and the perilous jungle of the Bollywood film industry. So that was certainly a decision that paid off, but at that time it was very scary.

F Scott Fitzgerald famously remarked that there were no second acts in American lives. You had a famous second act in Bollywood with your return through ‘Khoon Bhari Maang’.

My biggest hit Khoon Bhari Maang actually happened in the middle of my Hollywood years. I was shooting a film with Tom Selleck in Honolulu, Hawaii, and a call came from Rakesh Roshan saying that he wanted to do a film with me. So I asked him whether all the Bollywood actors were on strike. (laughs). He said no. He had a role that was particularly suited to me. So I came back and then did that role and that led to other films, Yalgaar and so on.

In an interview, you’ve said that you quite liked Graham Greene and you tried to emulate his style in your book. Could you tell me a bit more about it?

You know, I’ve always loved writing. My mother was a very good writer, and my father was a very good speaker and thinker. I learned a lot of craft from my advertising days, as a copywriter. Not using too many words, staying away from adjectives. Keeping things clean and simple. I always liked that kind of lean prose, which is at the same time not boring. I thought Graham Green was a great example of that style of writing. Hemingway was another such writer. It takes a lot of hard work to write simple yet evocative prose.

And yet your own life has been anything but that...

Yes, in a way I have lived a very flamboyant life. I’ve done a lot of extraordinary things. I’ve been in extraordinary relationships.

But my life is not just about the triumphs. It's also the tragedies that I've experienced. It's not just the great loves that have defined my life. It’s also the great losses that I’ve suffered. My life has been like a roller coaster. My story is about my making, unmaking and remaking. My rise, ruin and resurrection.

Talking of resurrection, was there a point in your life when you felt that rising from the ashes was impossible?

Well, there were two very dark moments in my life. One was following the suicide of my son. That was emotionally the darkest point in my life. The other dark point was a result of many bad investments. I went bankrupt and I felt that I had no idea of how the hell was I going to get out of it.

The way I did it was by remembering the spirit with which I had started my life. And also the meditation techniques I had learned as a Buddhist monk in Burma. And also by the example of my parents, whom I saw facing great financial adversity with great equanimity.

Finally, let’s return to your love of literature. Apart from Greene, which other writers do you like?

Let me think...I like Carlos Fuentes. I also like a writer called Dominick Dunne, whose columns in Vanity Fair I used to greatly relish. He had a knack for encapsulating very difficult subjects in very easy to read prose. I also admire Salman Rushdie’s style of writing, but I don't seek to emulate it. (laughs).

He’s in a different league altogether. Dostoevsky is someone who made a deep impression on me. I think ‘Crime and Punishment’ is probably one of the greatest novels ever written.