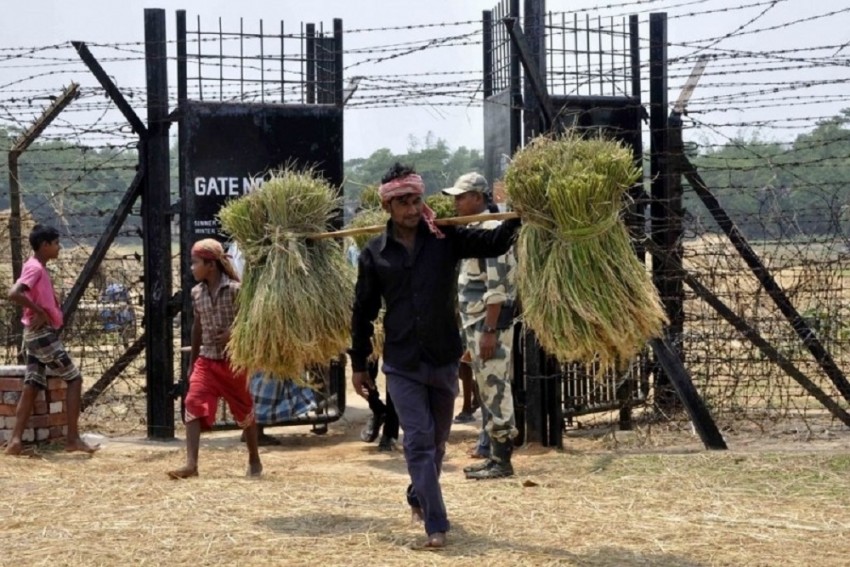 The Assam Police on Friday took a 14-year-old girl to the international border in Manipur for deportation, however, Myanmar refused to accept the girl, officials said.

Immigration officials of Myanmar refused to accept her, stating that the check-gate is shut since last year due to the Covid-19 pandemic, they added.

Following Centre's clearance, the girl was taken from Silchar in Assam to the international check-gate at Moreh in Manipur on Thursday for deportation, they said.

Further, the Myanmar officials told the Indian authorities that the situation in their country is also not appropriate for any kind of deportation, police said.

The police team returned to Silchar with the girl and handed her back to the shelter home where she has been living.

The girl was found at a house in the Rongpur area of Silchar in the Cachar district two years back in an unconscious state under mysterious circumstances, officials said.

It was later found that her parents were in a refugee camp at Cox Bazar in Bangladesh, they said.

As she was a minor, she was not sent to a detention centre and instead provided shelter at Ujjala Ashroy Center at first and thereafter a home run by the Nibedita Nari Sangstha, police said.

When she was brought to the shelter home two years back, she did not know any Indian language, Puja Das of Ujjala Ashroy Center said.

The girl stayed there for a year, and studied and learnt to speak a local language, she said.

After that, she was sent to the women home's of Nibedita Nari Sangstha, she added.

Nibedita Nari Sangstha chief Dibya Roy said that she has written several letters to the Centre over the last few months to take steps for helping her return to her home in Myanmar, for which the clearance was granted recently.

However, the government's move of deporting her to coup-hit Myanmar ever after finding out that her parents are in Bangladesh has been criticised by many.

Noted human rights activist Kamal Chakraborty said, "In such a condition, how can the Indian government try to hand her over to Myanmar? Moreover, the situation in Myanmar is not good."

Several Myanmar nationals of Rohingya origin have been arrested over the past few years in different parts of India for crossing over to the country illegally, even as they were fleeing persecution.