The blast has occurred at a time when the Poonch operation has entered a 2oth day in the region. Poonch and Rajouri districts fall in Pir Panchal region of Jammu. 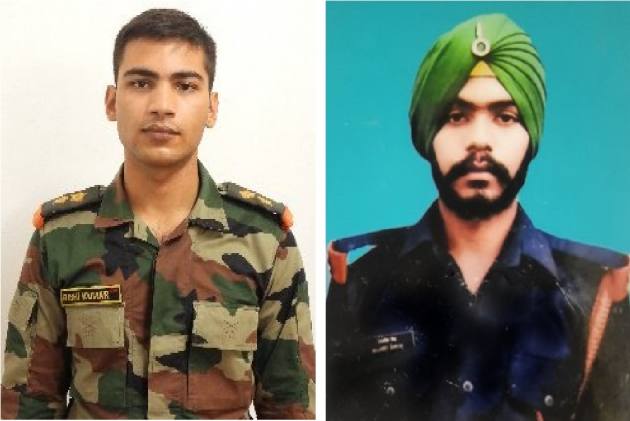 Two Army soldiers including an officer were killed in an explosion along the Line of Control in Jammu and Kashmir's Rajouri district on Saturday afternoon, an army official said.

"On 30 Oct 2021, during an area domination patrol in Naushera Sector, District Rajouri(J&K), a mine blast occurred, wherein, two Indian Army soldiers suffered critical injuries and later succumbed to their injuries. Another soldier who received injuries was evacuated and is under treatment," the official said.

"Lt Rishi Kumar and Sepoy Manjit were brave and extremely committed to the profession of soldiering and have made the supreme sacrifice for the nation in the line of active duty," the official added.

#GOC #WhiteKnight_IA and all ranks salute bravehearts Lt Rishi Kumar and Sep Manjit Singh, who made the supreme sacrifice in line of duty along the Line of Control in Naushera sector on 30 Oct 21 and offer deep condolences to their families.@adgpi@NorthernComd_IA pic.twitter.com/qvEiwCEfzd

"The nation and Indian Army shall forever remain indebted to the bravehearts for there supreme sacrifice." said the PRO(Defence) Jammu.

The incident has taken place at a time when the Poonch operation has entered a 2oth day in the region. Poonch and Rajouri districts fall in Pir Panchal region of Jammu.

Police have detained nearly 20 persons including some women for providing food and shelter to the militants in Bhatta Durrian forests of Mendhar tehsil in Poonch district. Three persons were nabbed from Kathmandu in Nepal.

Nine Army soldiers, two of them JCOs, have been killed so far in Chamrer forests of Surankote and Bhatta Durrian jungles of Mendhar in the gun battles with the militants.

An army officer and four jawans were killed in an encounter between security forces and militants in the Surankote area of Poonch on October 11. Later on October 14, four Army personnel were killed in the Nar Khas forest area in Mendhar, Poonch.

On August 6 this year, three militants and a JCO of the army were killed in a fierce encounter in the Thanna Mandi area of the Rajouri district. One of the slain militants was from the Shopian district of Kashmir and two others were stated to be foreigners.