Truck driver Devender Kishore Pal had said he had missed a few instalments of the loan and had, therefore, blackened the number plate. However, the revelations of the financer stand give a twist to the case. 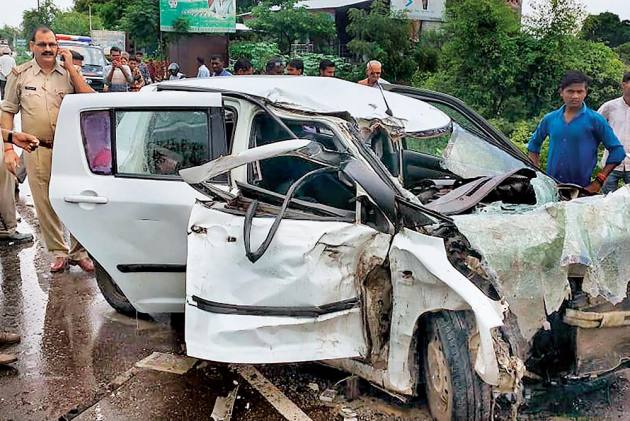 In a new twist to the Unnao car crash case, the financer of the truck has now revealed that his company had never threatened the truck owner Devender Kishore Pal to seize the financed vehicle. Pal had earlier given a statement to the police that the number plate of the truck, involved in the crash with the car carrying the Unnao rape victim, her lawyer and family members, was blackened to avoid forcible seizure of the vehicle by its financer.

Pal had said he had missed a few instalments of the loan and had, therefore, blackened the number plate, apprehending that the vehicle would be seized anytime. He had asserted that blackening of the number plate of the truck was nowhere a part of premeditated plan to crush victim's car.

However, in a new twist, the revelations of the financer stand contrary to truck owner's earlier statement. The victim's family had claimed in the FIR that the accident in which two witnesses of the rape case died, was a murder attempt engineered by expelled BJP MLA Kuldeep Singh Sengar, accused in a gangrape case.

Talking to the IANS over the phone from Kanpur, the Manager of the Orix finance company, Shashi Kumar said that he had never threatened Devender Pal Singh regarding non-payment of monthly instalments. "In fact, I met Devender, near a dhabha in Fatehpur around 25-26 June last, and requested him to pay his dues at the earliest. We had a very cordial meeting. Our company, Orix, is one of the largest finance companies (in the world headquartered in Japan) and has a regional office at Kanpur. We have written legal agreements with our clients and never intend to forcibly seize any financed vehicle," said Shashi Kumar.

Regarding Devender Kishore's statement that the truck's number plate was blackened due to persistent attempts to seize the vehicle by the financer, the Manager at Orix said that he cannot draw any inference from Pal's statement but can assure that the company has never seized any vehicle plying on the road.

"The instalment was Rs 80,000 plus per month which Devender had been paying. However, he skipped the instalments for the past few months. Let me clarify, he has been our client for several years. We have even given NOCs for some of the vehicles financed by us to Devender," he added.

The financed company's revelations confront Pal's statement and adds more mystery to the accident dubbed as a planned murder conspiracy. According to an officer of the CBI, investigating the case, the different versions relating to the finance of the vehicle would be probed threadbare.

"If there were no past incident of lifting vehicles on non-payment of loan instalment by Oris, then Devender's statement becomes more important. If there was no pressure from the Oris management, then why did he (Pal) blacken the truck's number plate prior to the accident. It's a question which begs a straight answer," said a police officer of Rae Bareli, earlier involved in the initial investigation of the case.