According to sources, BJP National President J P Nadda is gathering individual feedback via all formal and informal channels to draw a clearer picture to identify whose failures actually caused this embarrassment in Himachal. 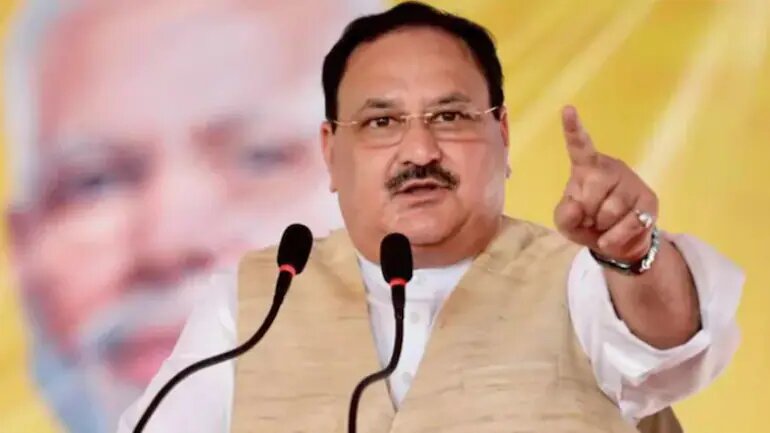 Two Himachal Pradesh cabinet ministers who are summoned to Delhi in the wake of the ruling BJP’s electoral defeat in state, particularly in Chief Minister Jai Ram Thakur’s home district Mandi, admit that the party high command has taken the bypoll jolt seriously and few heads may roll soon quite certainly.

BJP National President J P Nadda is gathering individual feedback via all formal and informal channels to draw a clearer picture to pinpoint whose failures actually caused this embarrassment when the party did well in Assam and Madhya Pradesh.

Few things which have emerged very clearly from the feedback given by Mohinder Singh ,minister for Jal Shakti and Dr Ram Lal Markanda, minister for tribal affairs and IT, both summoned by Delhi on Saturday, state that the leadership's overconfidence was the biggest lapse apart from it continuously being on denial mode relating to Virbhadra Singh’s sympathy factor.

The party tried to undermine the popularity of Virbhadra Singh, the six-time state Chief Minister and five time MP from Mandi. The kind of development he had facilitated in the tribal belt of Lahaul-Spiti, Kinnaur, Pangi-Bharmour and rest of areas viz Kullu district, Rampur (his native town ) and Mandi gave an endorsement to Pratibha Singh, who wrested the seat despite her party losing it by more than 4 lakh votes in 2019.

One of the ministers admitted that prices of fuel and essential commodities were Congress’s potent weapon against the BJP as it had really impacted every household. People voted in vengeance on the price issue. Also ‘arrogance of power’ that prevailed in  BJP, which kept saying that Modi is doing everything possible to control prices, played a pivotal role.

Mohinder Singh was bypoll incharge for Mandi and at one stage was also proposed to be the party candidate . The defeat is also a reflection on Singh who was earlier considered as an experienced hand in the poll management, apart from being the most powerful cabinet minister after CM.

Another strong viewpoint that the ministers gave to Nadda emphasizes on the failure of the party’s organisational machinery .There was hardly any effort to bring the voters, the cadres and beneficiaries of government schemes to the booths and those who arrived, many of them chose to vote for NOTA above BJP.

An old ‘Jan Sangh’ sympathiser said, “ A VIP has creeped in the BJP regime under Jai Ram Thakur at Mandi . Few people, a coterie close to him are involved in the transfer racket, obtained government contracts, positions and supply orders. The genuine party workers are, thus, disillusioned and frustrated with the government”.

Despite himself being from Mandi, Chief Minister has not been able to win the hearts of people in home district .It seems that beside the district of Kullu where Pratibha Singh made inroads into the BJP strongholds, his own constituency Seraj let him down to an extent.

There are signals that high command will make some of the sweeping changes in the party’s organisational set up which failed miserably not alone in Mandi but elsewhere as well .Some non-performing ministers are also likely to face the consequences. There lies a question mark on two of the party incharges, Avinash Rai Khanna and Sanjay Tandon, both hailing from Punjab who were rather occupied in promoting their own profiles . They also are  considered as the biggest failures in the state.

Nadda is now expected to call the Chief Minister to Delhi after the upcoming two-day conference of the Speakers of state assemblies scheduled to be held in Shimla on November 17-18 which Prime Minister Narendra Modi will also addressthrough virtual mode.